The kitties have a purrrrfect view of all the Seafair festivities! 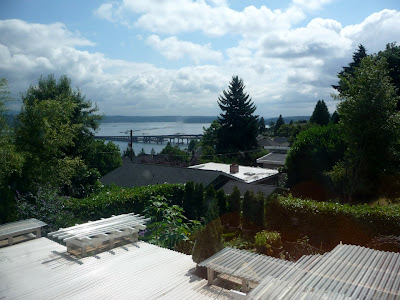 Lounging outside, Rosabelle, isn't bothered one bit by the loud jets flying overhead. 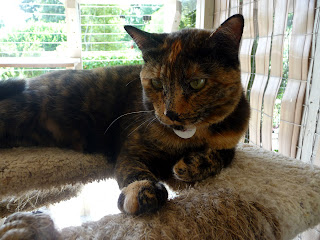 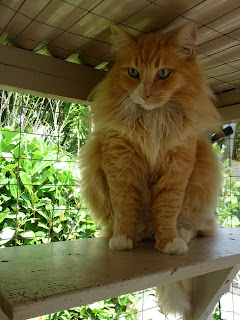 He has a great view peering out of the top of the catio! 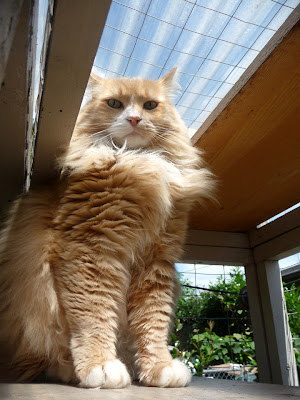 Butterscotch, a new guest, has found his favorite cat veranda!
His ears perk up as soon as the jets fly above All My Kitties. 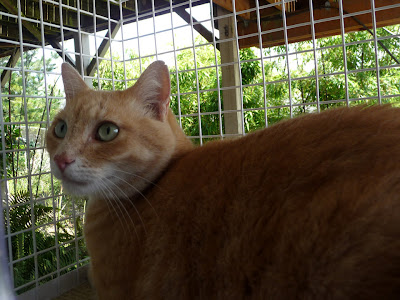 Meanwhile, downstairs, Milo is spying on a spot for a nice nap. 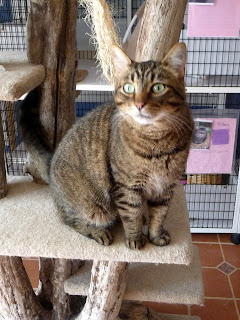 Kitty Angel has already found her spot. She snuggles up inside her kitty tent! 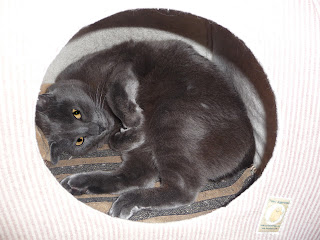 Millie and Ollie are new arrivals!
Ollie is a little shy and hides under his towel! He is not a big fan of the Blue Angels.
I have been coaxing him out with treats! 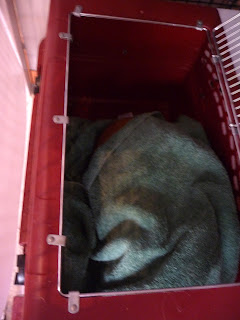 Millie is really outgoing though! She squints her eyes waiting for me to scratch behind her ears. 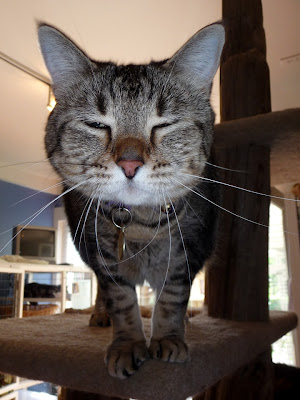 Millie and Milo really enjoy playing together in the middle of all the action! 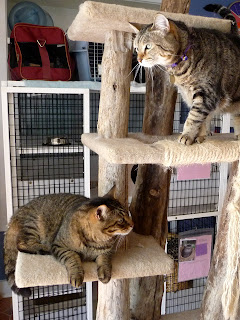 Monique is waiting for the Blue Angels to pass so she can take a nap. 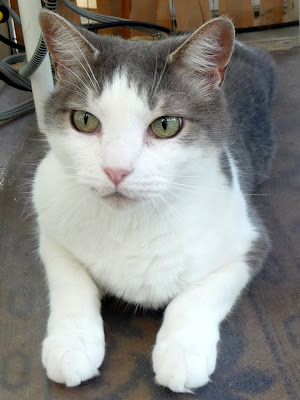 She is a little camera shy! 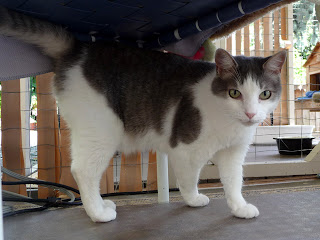 Hildy has a great spot with am amazing view of the Blue Angel action! 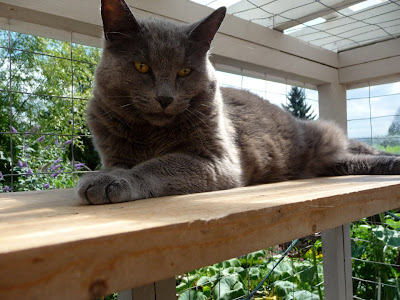 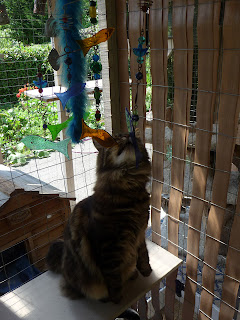 I think he would rather have me scratch behind his ears though.
He waits patiently for me to put the camera down! 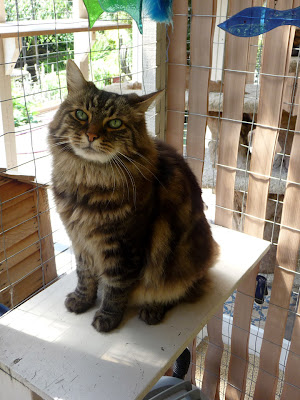 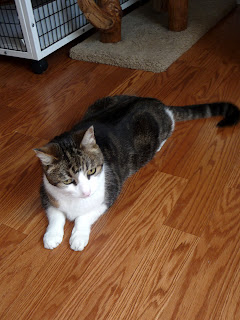 Tigger is talking to his new neighbor, Gabby, who is extremely vocal. 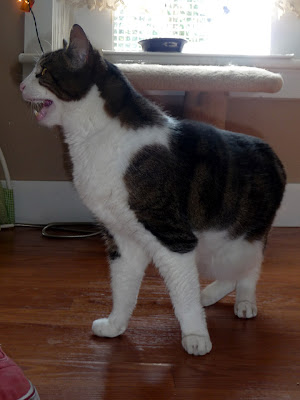 Lily is a little shy and hasn't left her condo yet but I am confident I can have her outside soon! 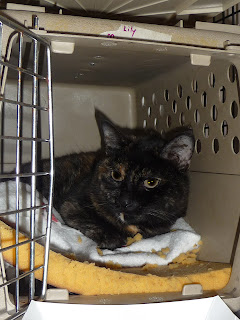 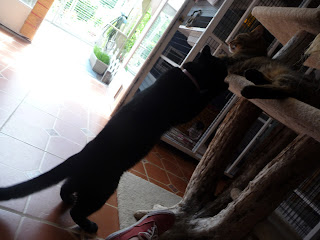 But he gets bored since Milo doesn't want to play and lays on the floor in defeat. 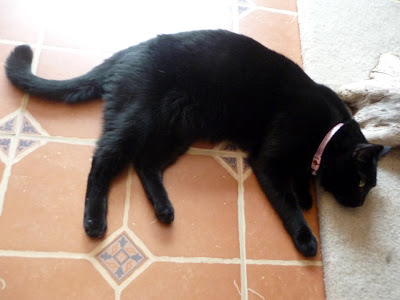 Later Jack Black sees some catnip outside the door! He becomes intrigued and investigates. 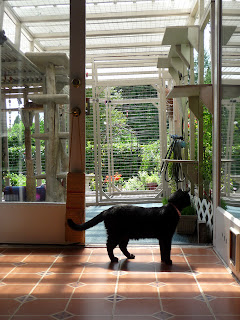