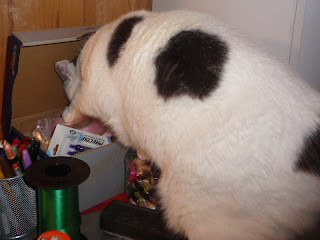 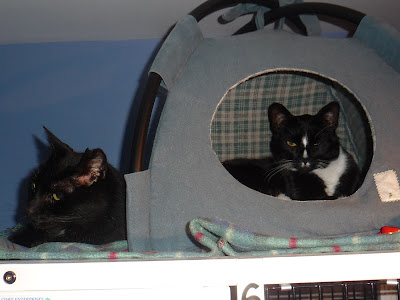 Black and Beau hanging out together! 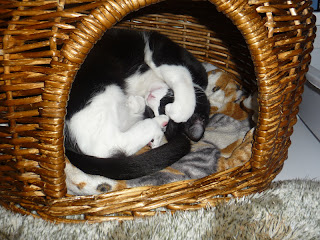 Marilyn trying to hide from the flash of the camera. 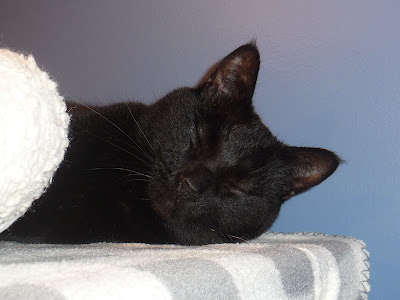 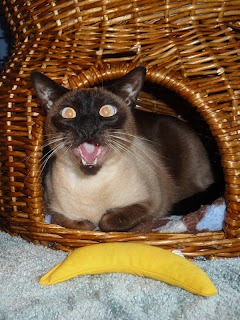 Stanley is SUPER excited about his banana toy! 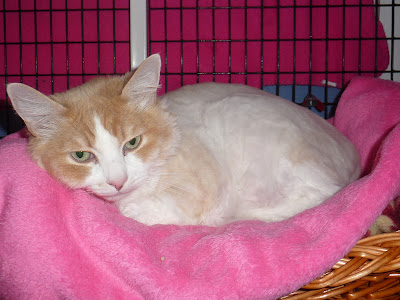 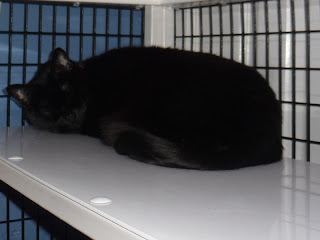 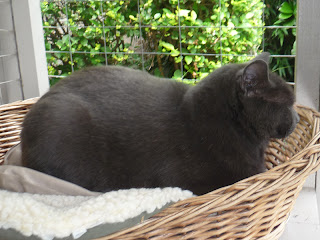 Ziggy's getting some fresh air. 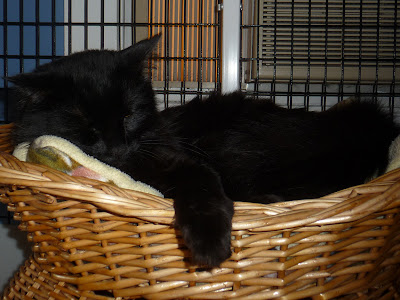 Frankie has made herself right at home. 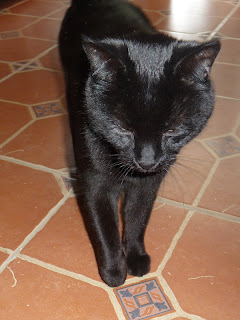 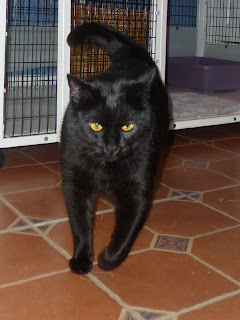 Cassini coming out to play. 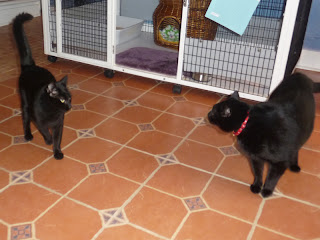 So many black kitties today! Here's Mike and Cassini. 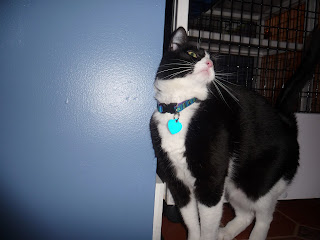 Marilyn posing for the camera. 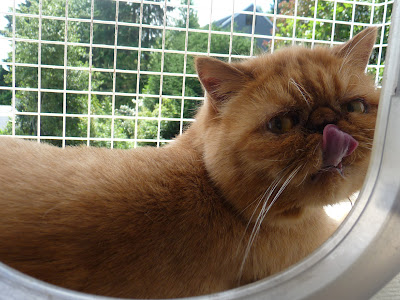 Agent Orange is sticking his tongue out at me. 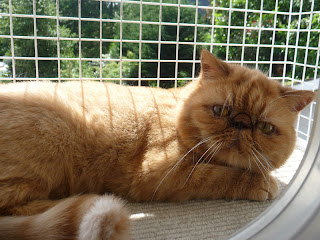 It's okay, I can't stay mad at a sweet little face like that. 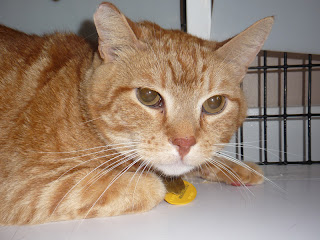 Swirly's still settling in, he's shy but a sweetheart. 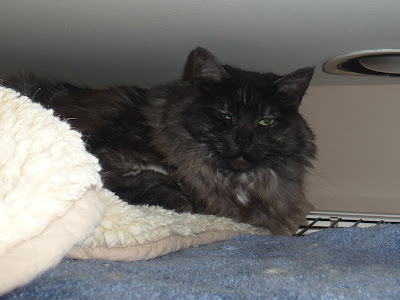 Twyla hanging out on top of the condos. Marie always says she comes down at night but I don't believe it. She loves it up here. 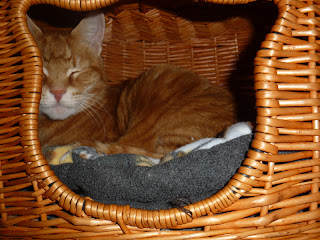 Jackson settled in quite nicely. Such a cutie! 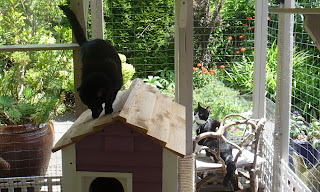 Here's Bentley and Marilyn hanging out together. 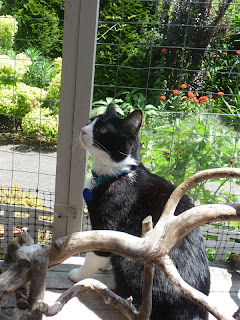 Isn't she such a beauty? 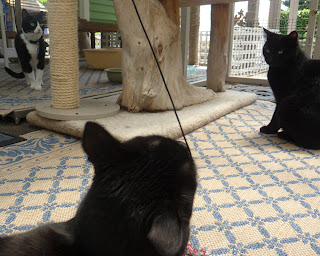 More black kitties!  Bentley, I think Marilyn and Mike want a chance to play too! 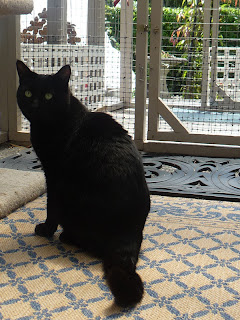 Mike and Marilyn waiting patiently for a turn with the toy. 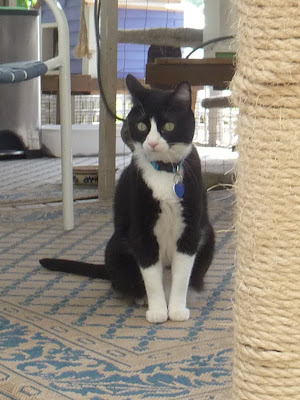 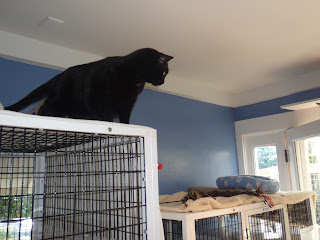 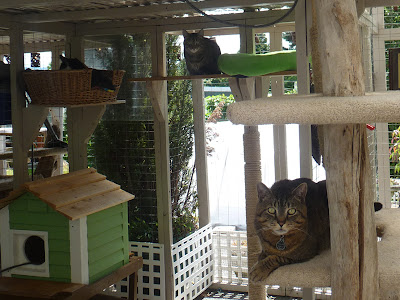 Charles hanging out with the two tabbies Gus and Mojo. 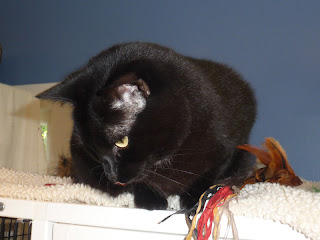 Fraggle still thinking about that toy. 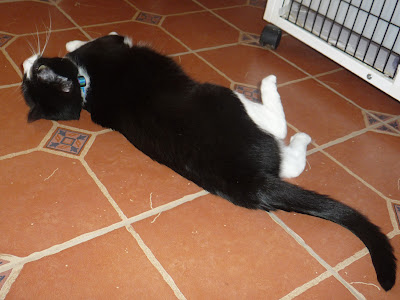 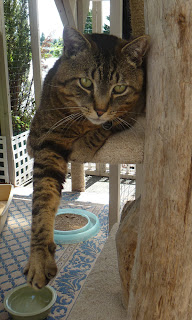 What are you doing with that arm, Mojo? 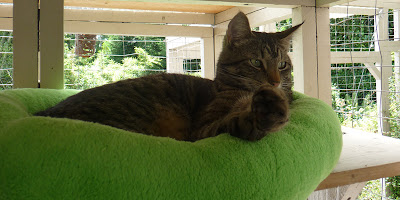