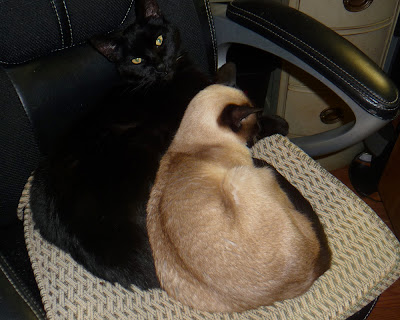 These two are still sitting like this, making it a bit difficult for me to use the computer. Right now, I've claimed a small spot in the corner so I'm not disturbing them. 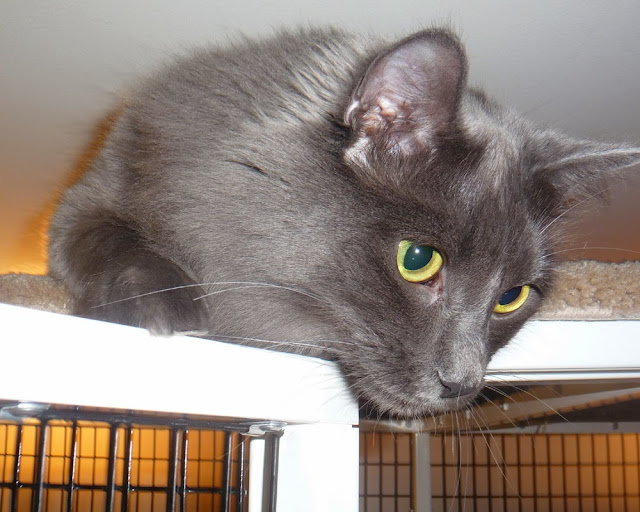 Smokey just doing his thing being cute as a button. 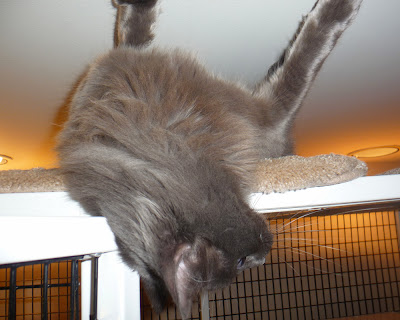 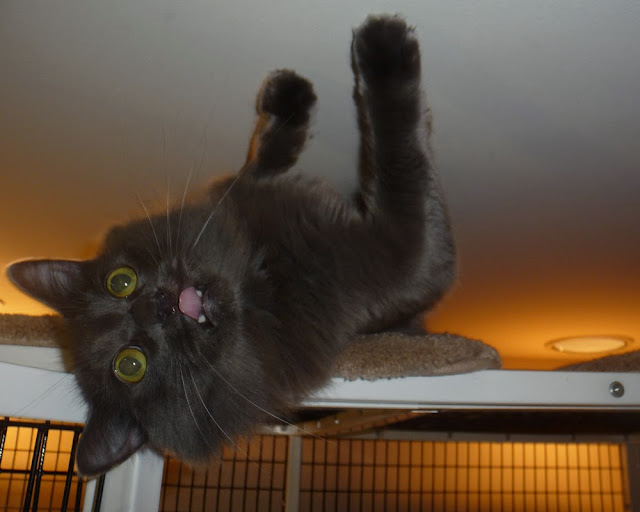 No, the pictures aren't upside down, he's just walking on the ceiling. 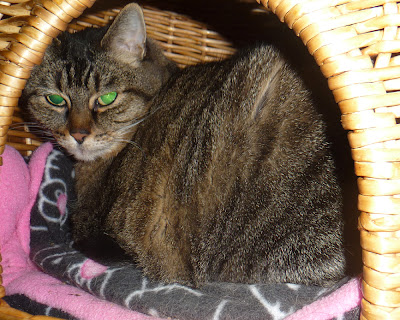 Popo just likes to hang out in her basket. 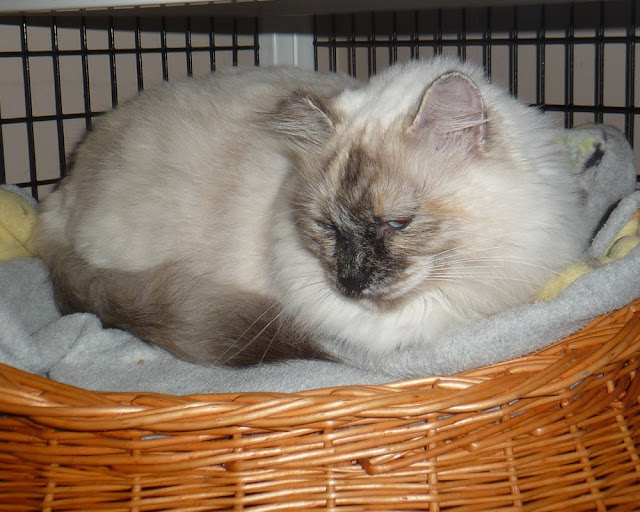 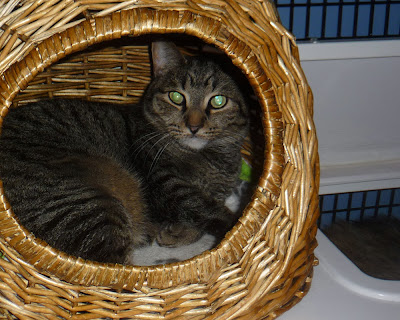 Zeus and Solomon have taken over Lulu and Arina's condo at the top of the stairs. 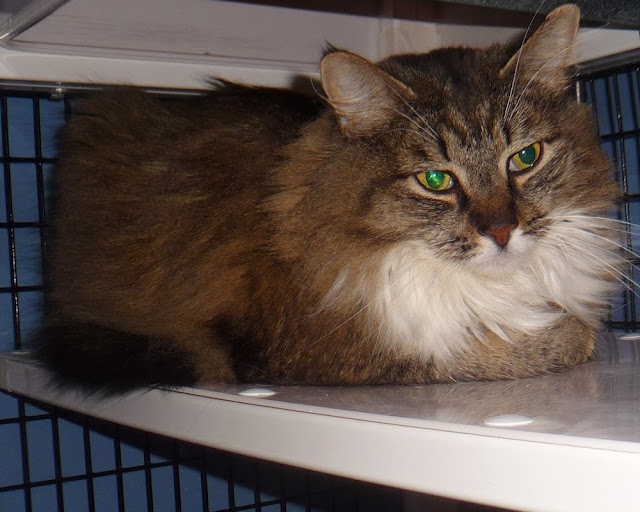 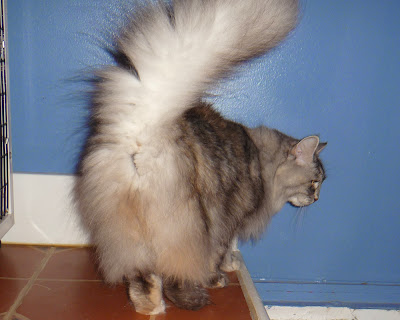 Arina says "Humph!" as she goes off to find a new place to sleep. 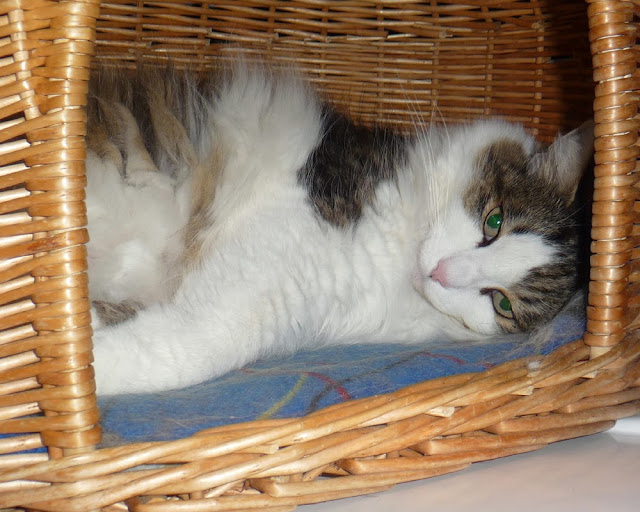 Chief has a lot planned for today but first, he has to take a nap to prepare. 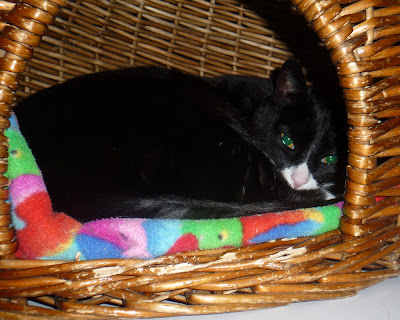 Noodles keeping warm in his condo. 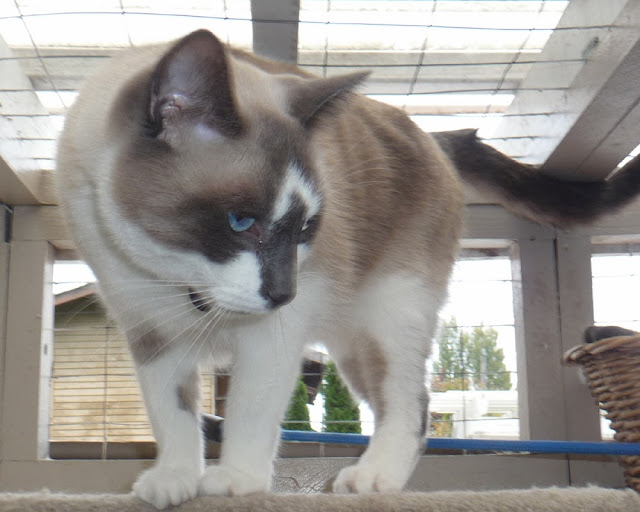 Marco is here to greet all the customers. 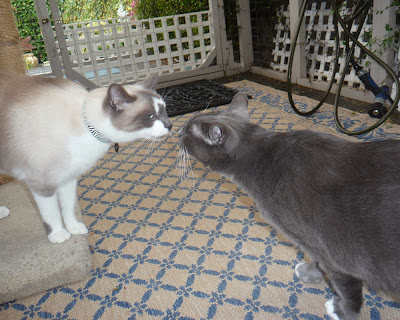 Aww Hoover and Marco are making friends with each other! 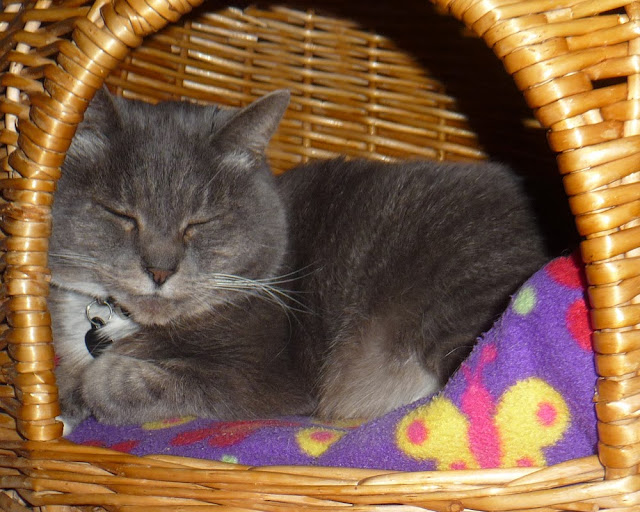 Luna and Bentley are just so sleepy. 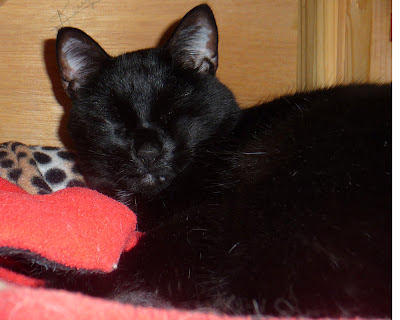 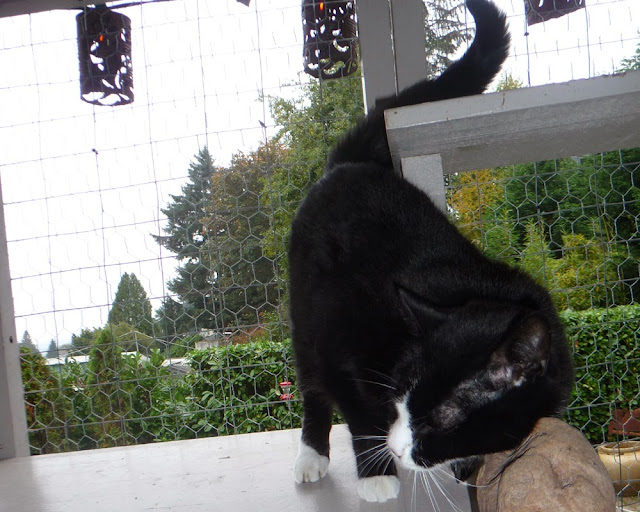 Nyar has to pet herself while I'm busy taking pictures of her being cute. 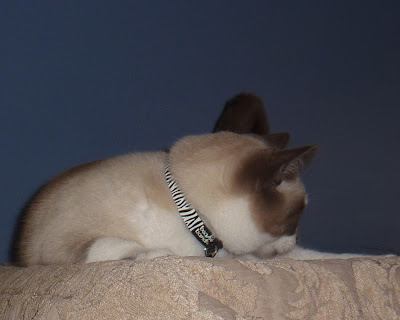 Marco found a toy to play with. 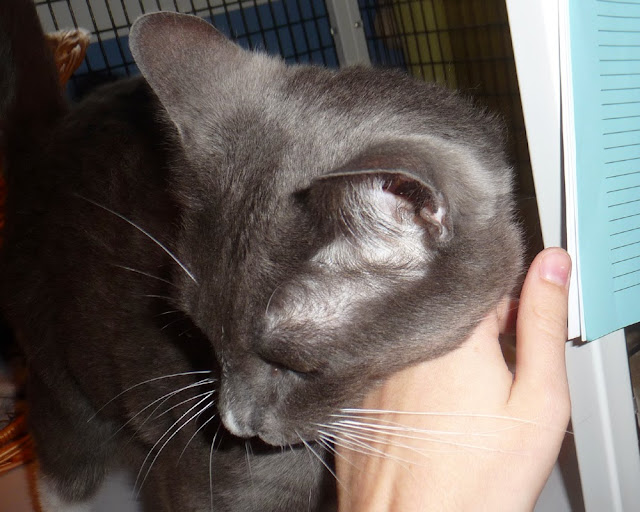 Hoover, I'm trying to read your paperwork!  But nope, he wants cuddles. =) 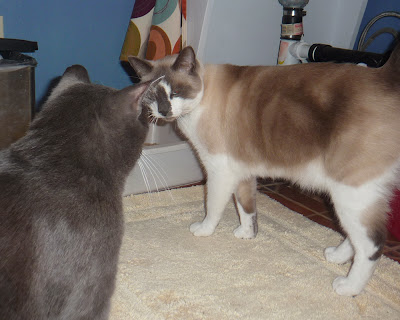 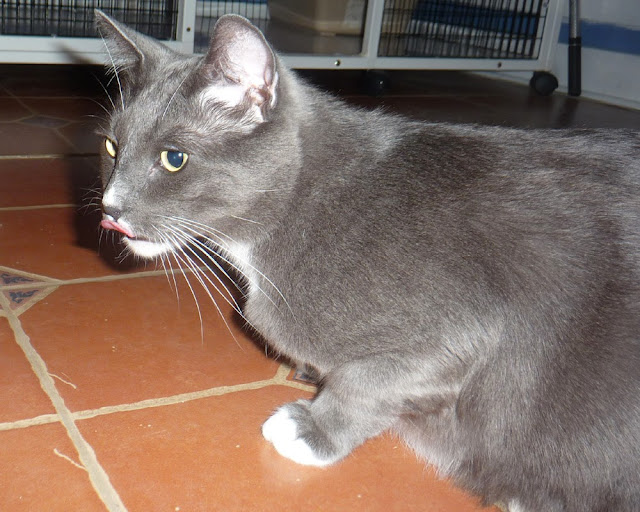 \
Hoover sticking his tongue out at me =p 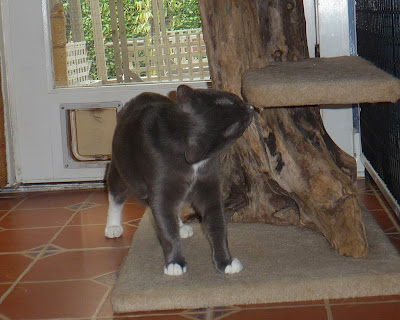 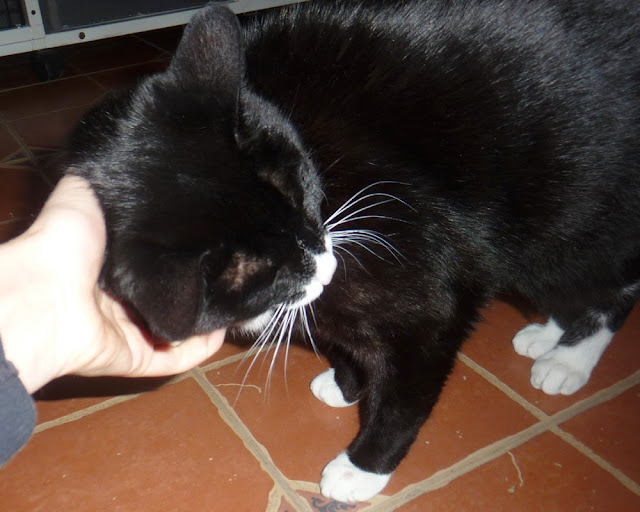 Now it's Noodles' turn for some lovin'. 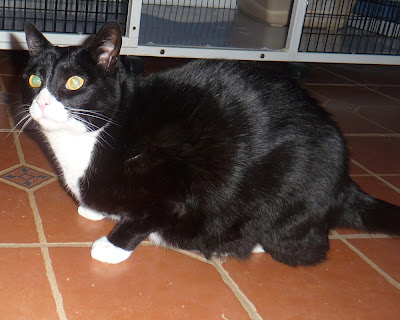 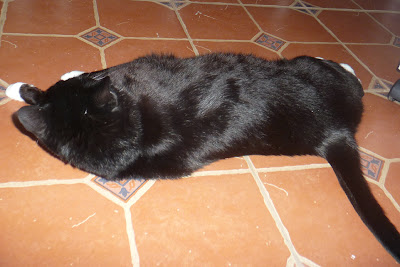 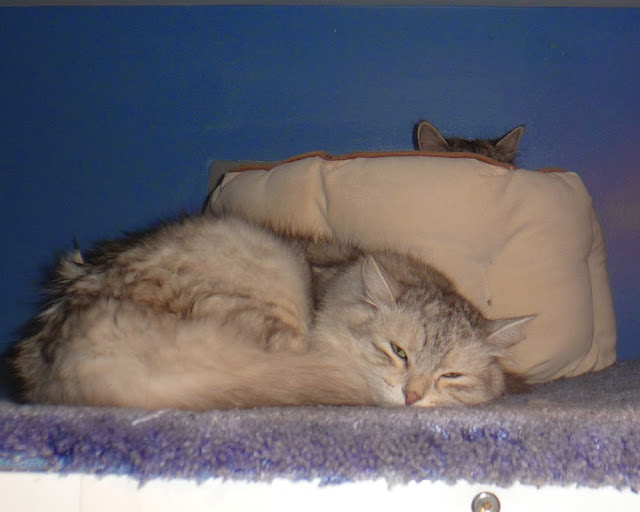