The first week of November 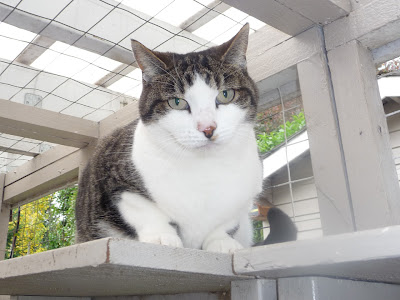 The temperature might be a little chilly, but that doesn't stop Peanut from being outside. 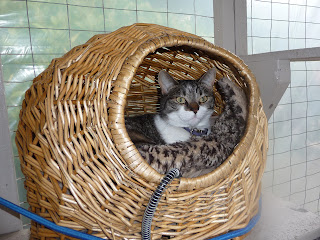 Bailey likes to be outside too, but prefers a heated bed basket. 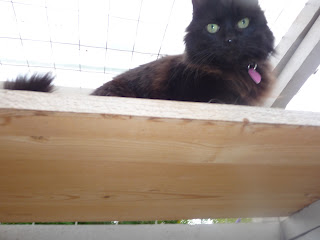 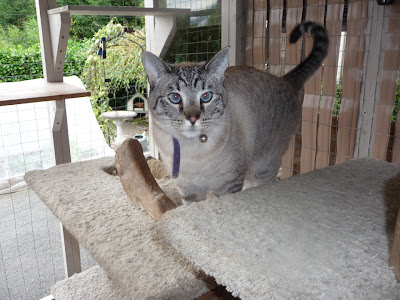 Foster is a great model for the camera.  Is he cross-eyed? 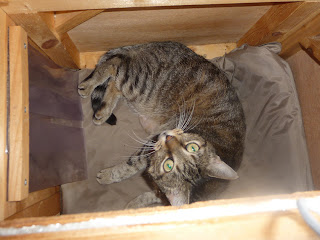 Ozzie thinks there's nothing quite as wonderful as a heated cat cabin. 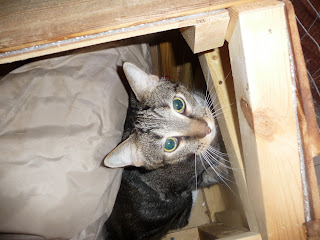 Squedle is not to happy about being discovered. 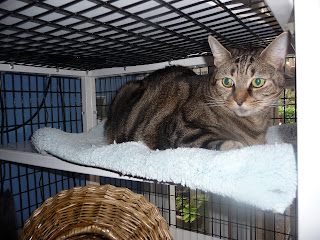 Dick is actually content just hanging out in his condo, although he's not too sure about anything after his long plane ride here to Seattle. 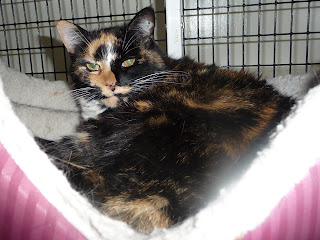 Sabrina was so shy when she first arrived, but she's really warmed up and is a very sweet kitty. 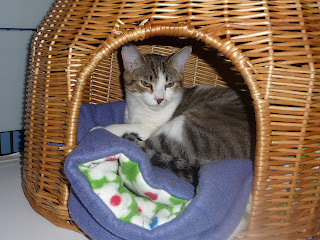 Jasper and Riley, or is it Riley and Jasper?  Sometimes it's difficult to tell twins apart from each other. 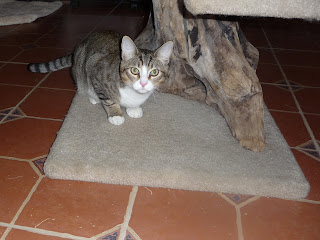 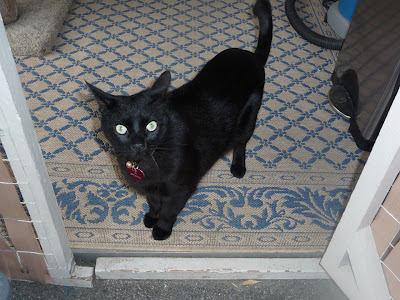 "Hey," says Pi.  "Something's happening outside in the catio!" 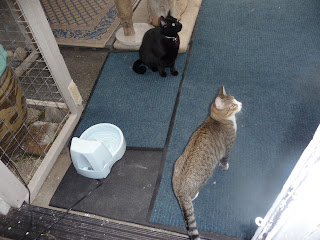 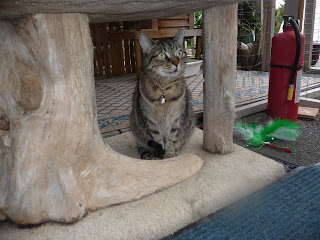 Whatever it is, it's got Ozzie's interest. 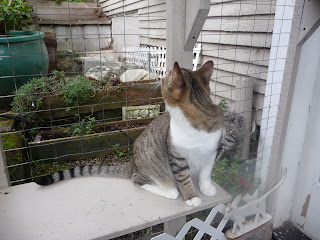 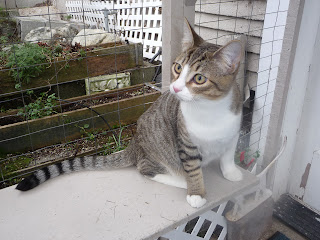 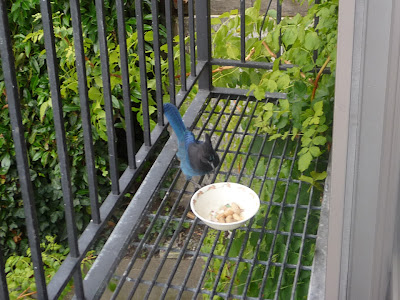 Ohhhh, Marie's feeding the BlueJays again. There are six of them, and so fun for a kitty to watch. 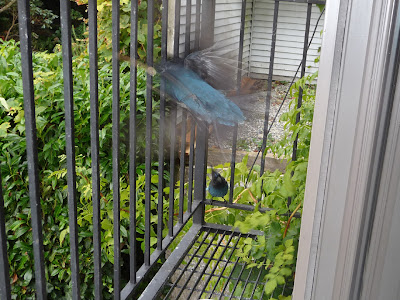 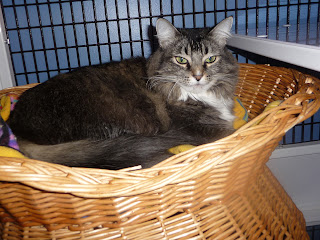 If Wally knew what was going on, she'd be out trying to catch a big blue bird too. 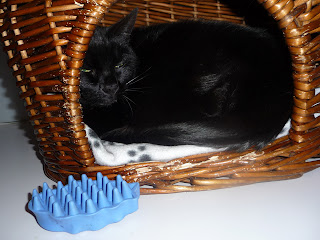 Zilla just wants to know who will be brushing her next.