What a full house!
We have about as many kitties as we can handle, and a few more on the way!
That being said, this is one of the nicest crowd of cats we've had in a while. Especially in the office, where we have two different families of three cats 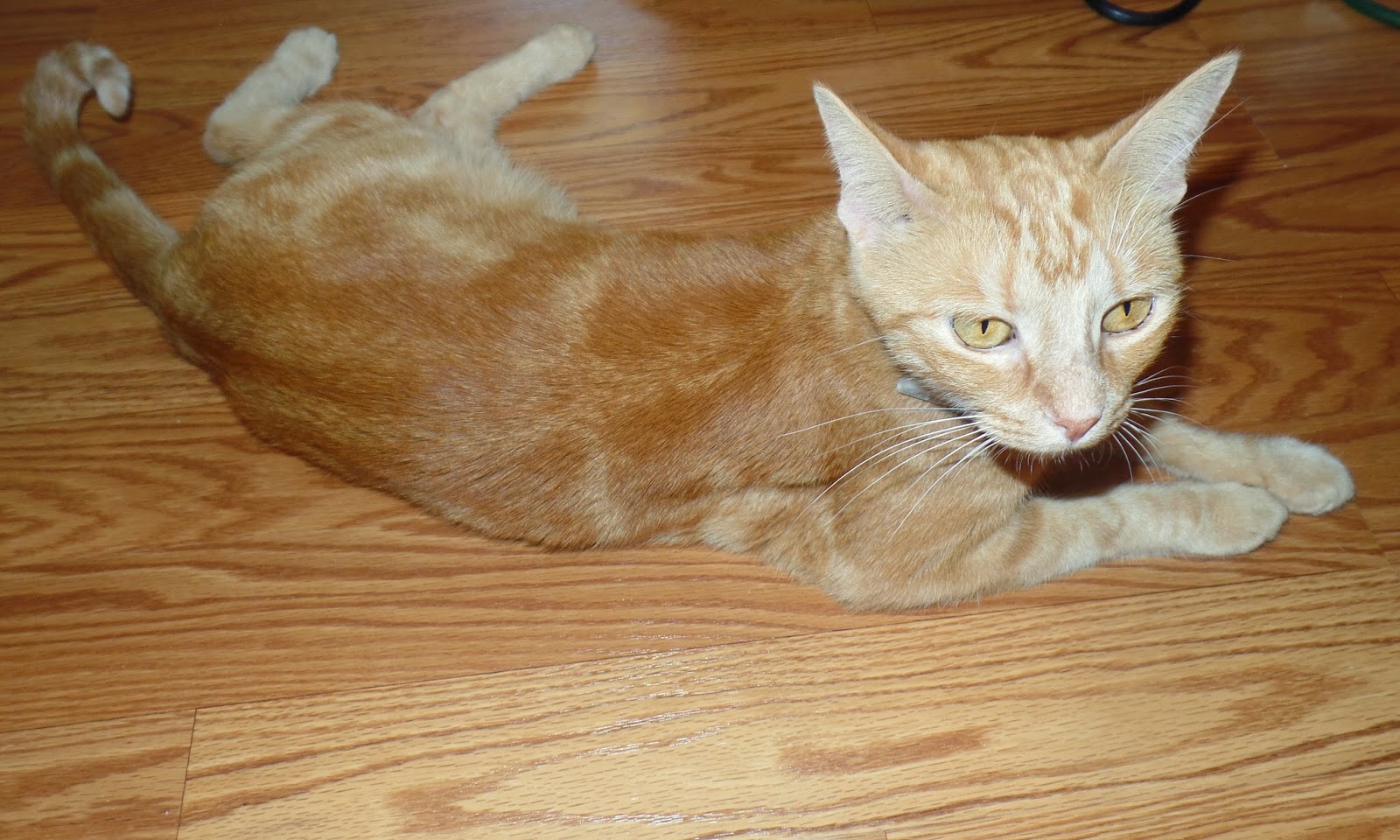 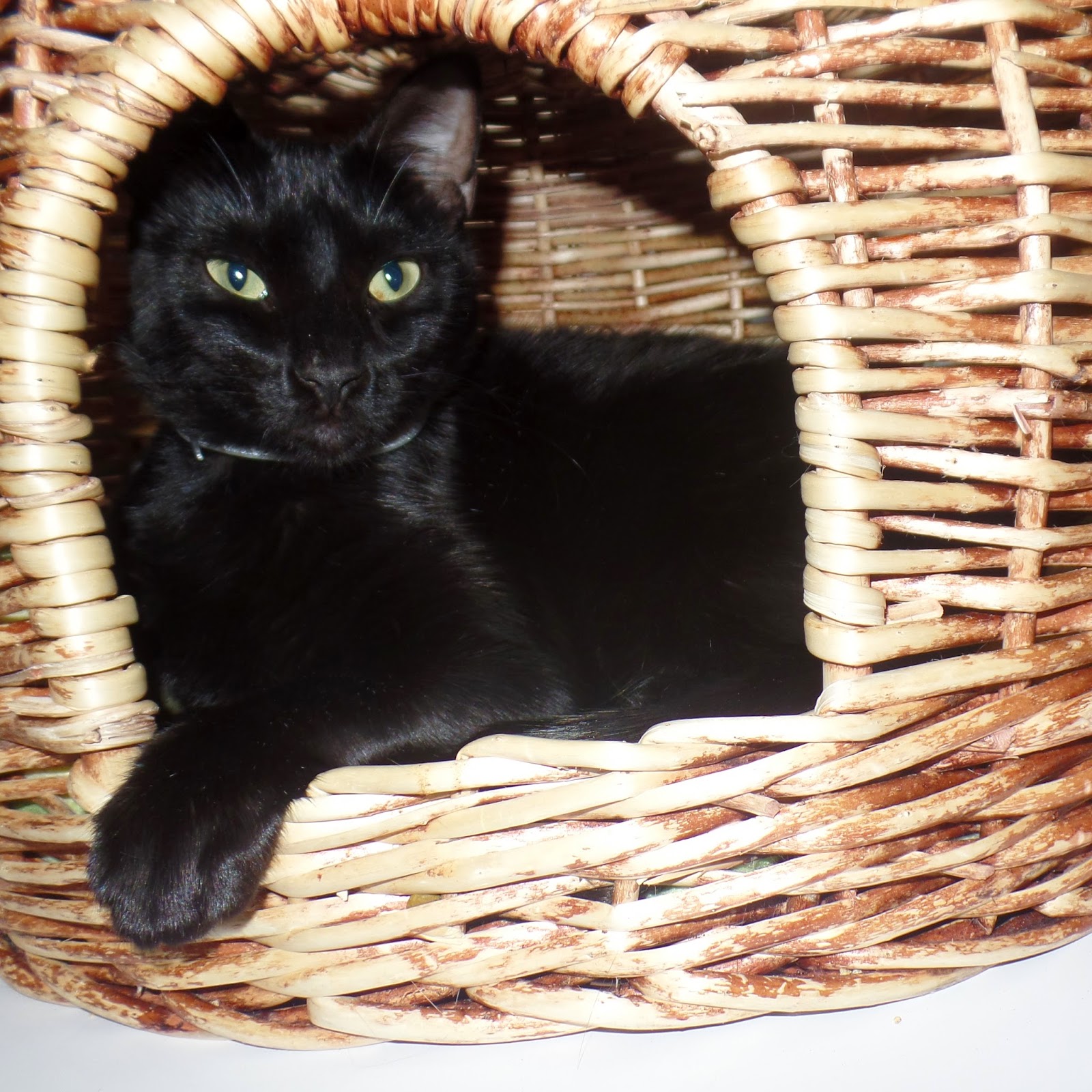 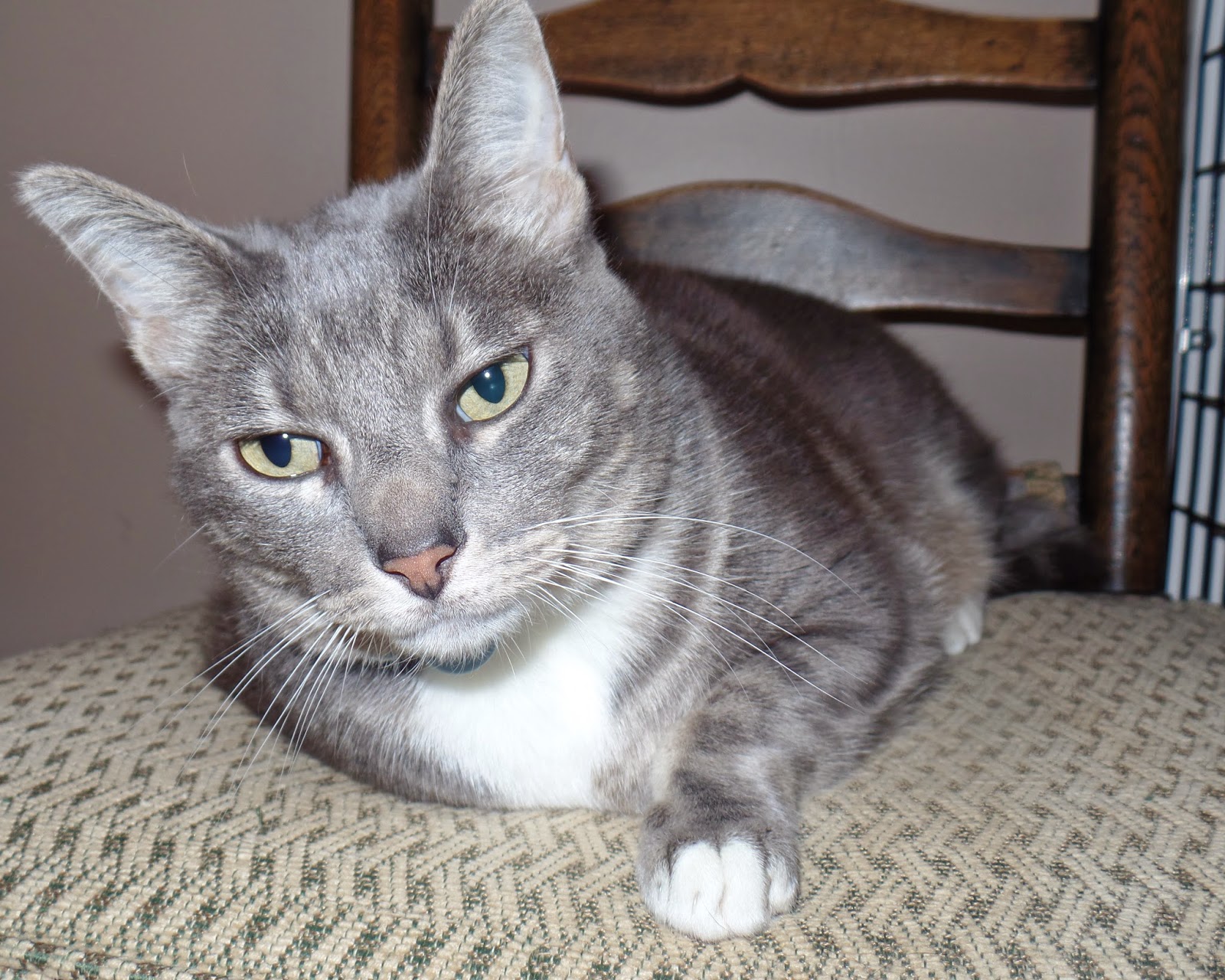 and Grizzy!
These three great cats all just came in from Spain! Did you know that pets travelling from Europe get their own passports? 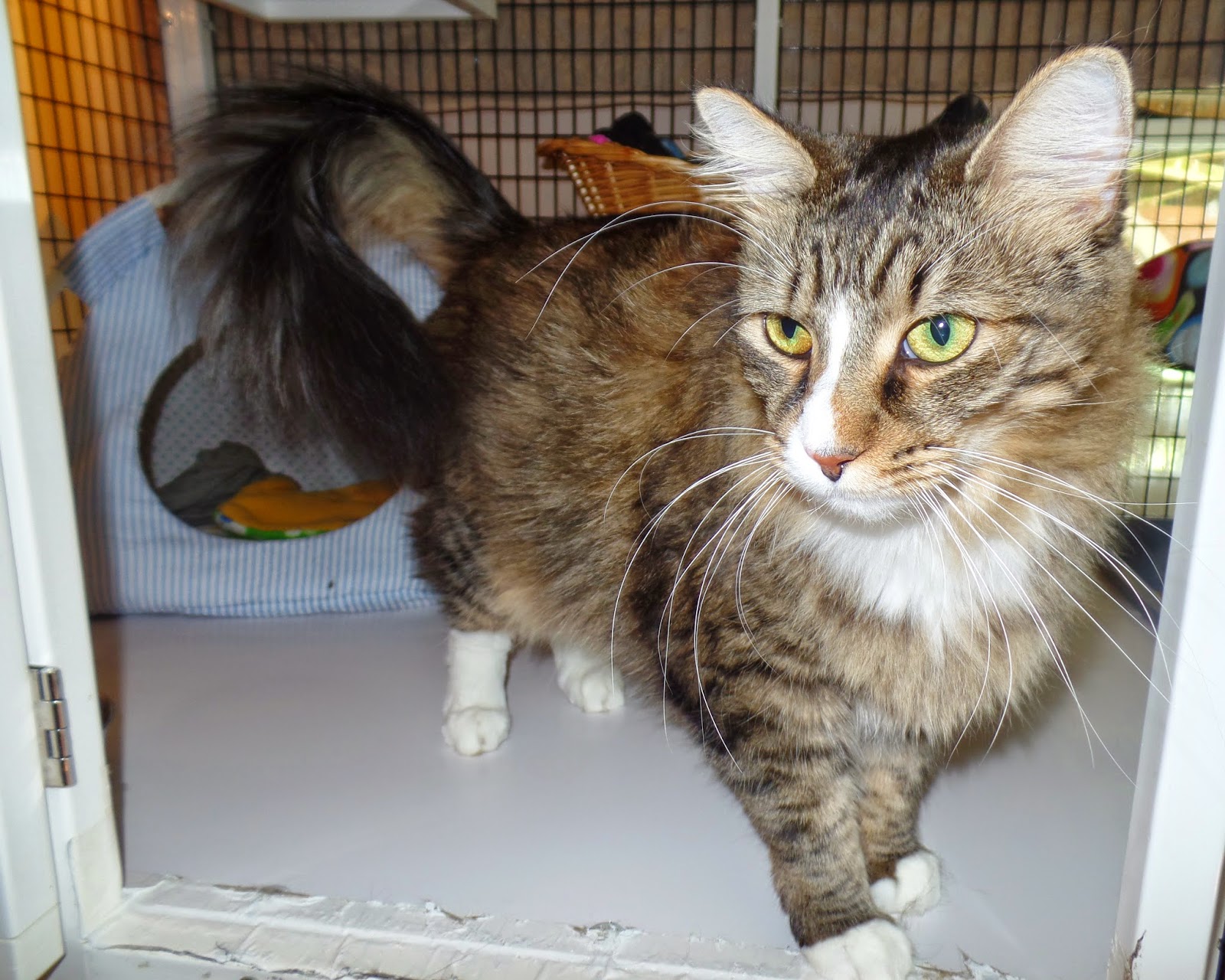 Swiper is such a handsome cat, and he will jump and meow to get attention! 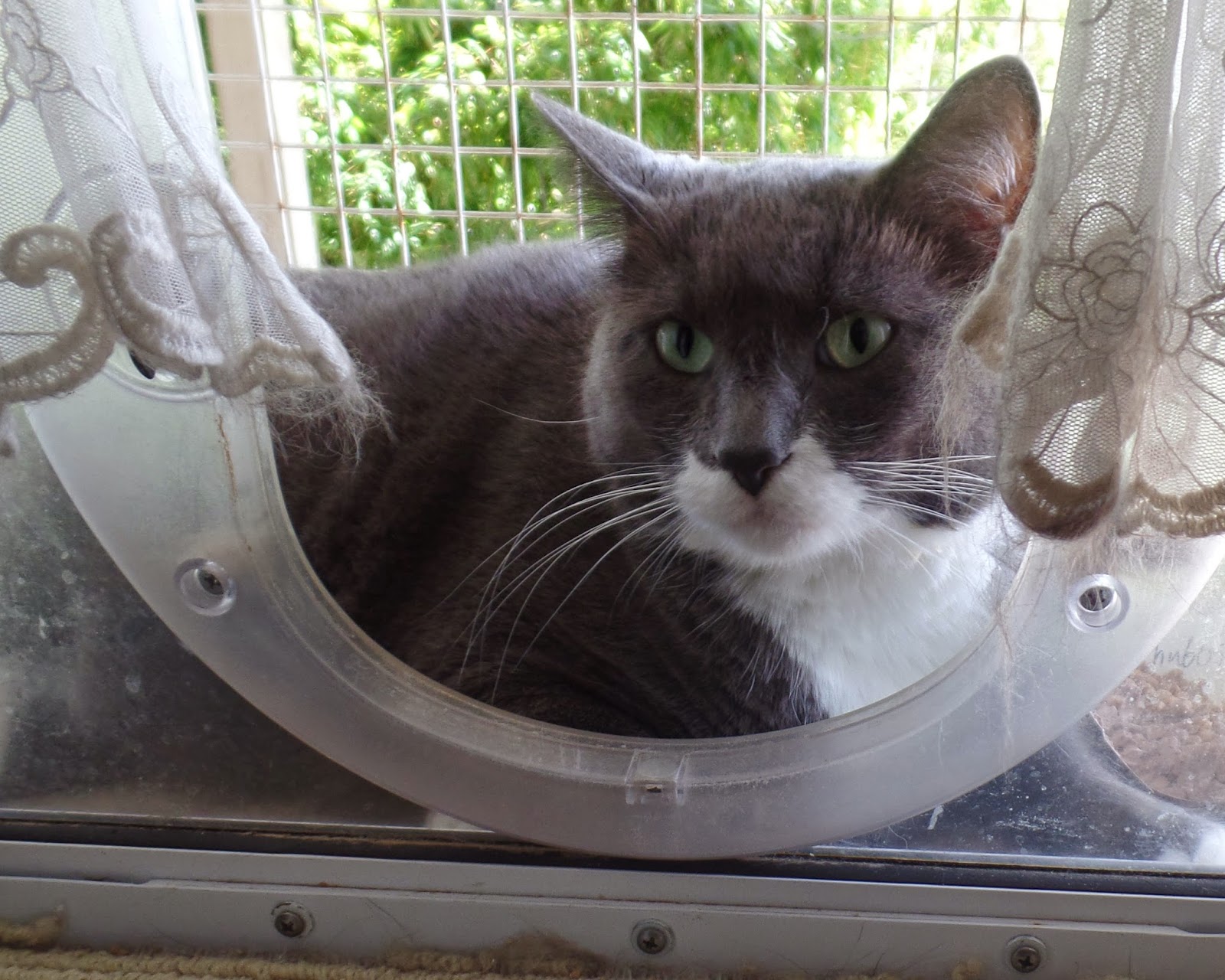 Chubbs is on the quiet side, but has a really curious nature... 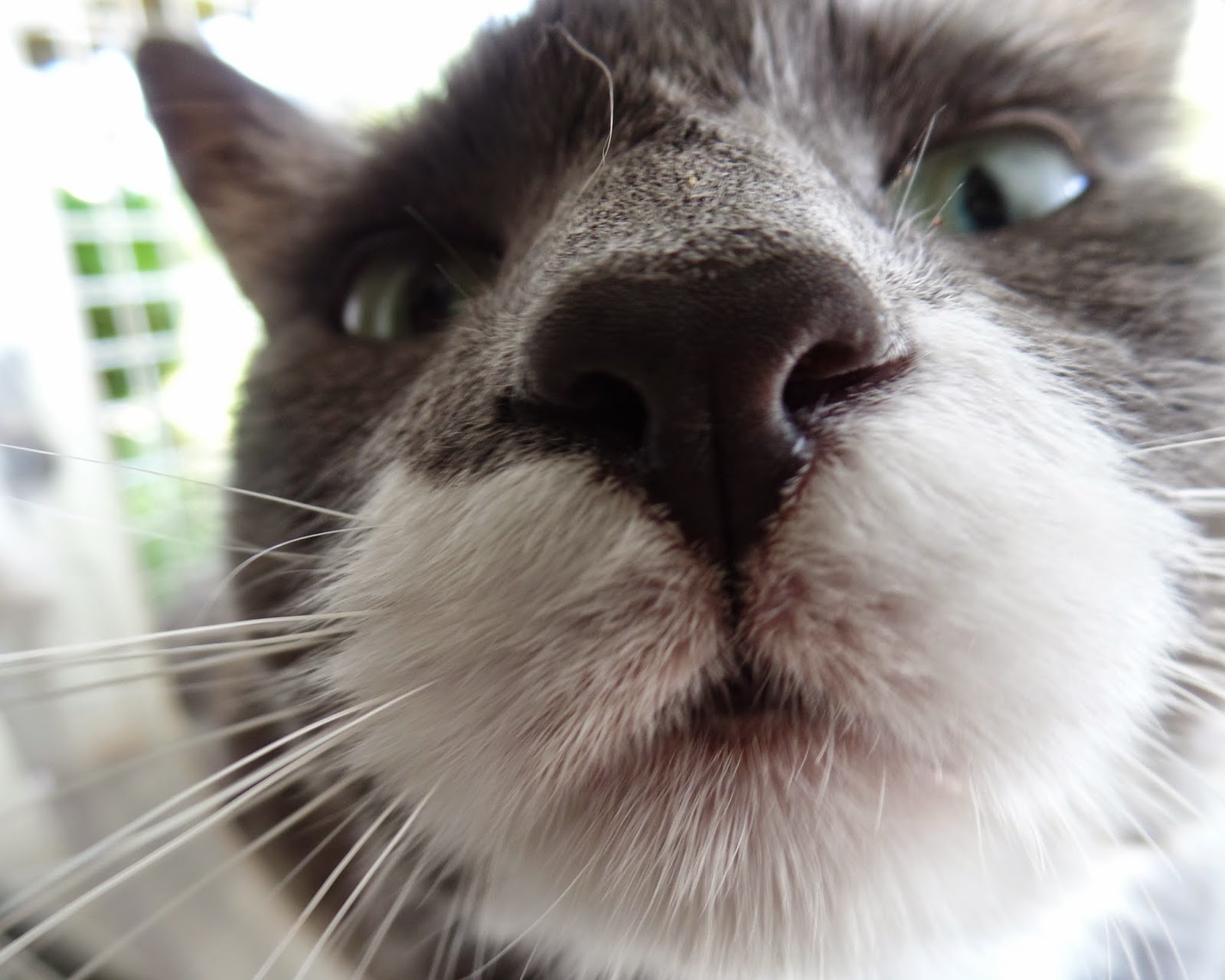 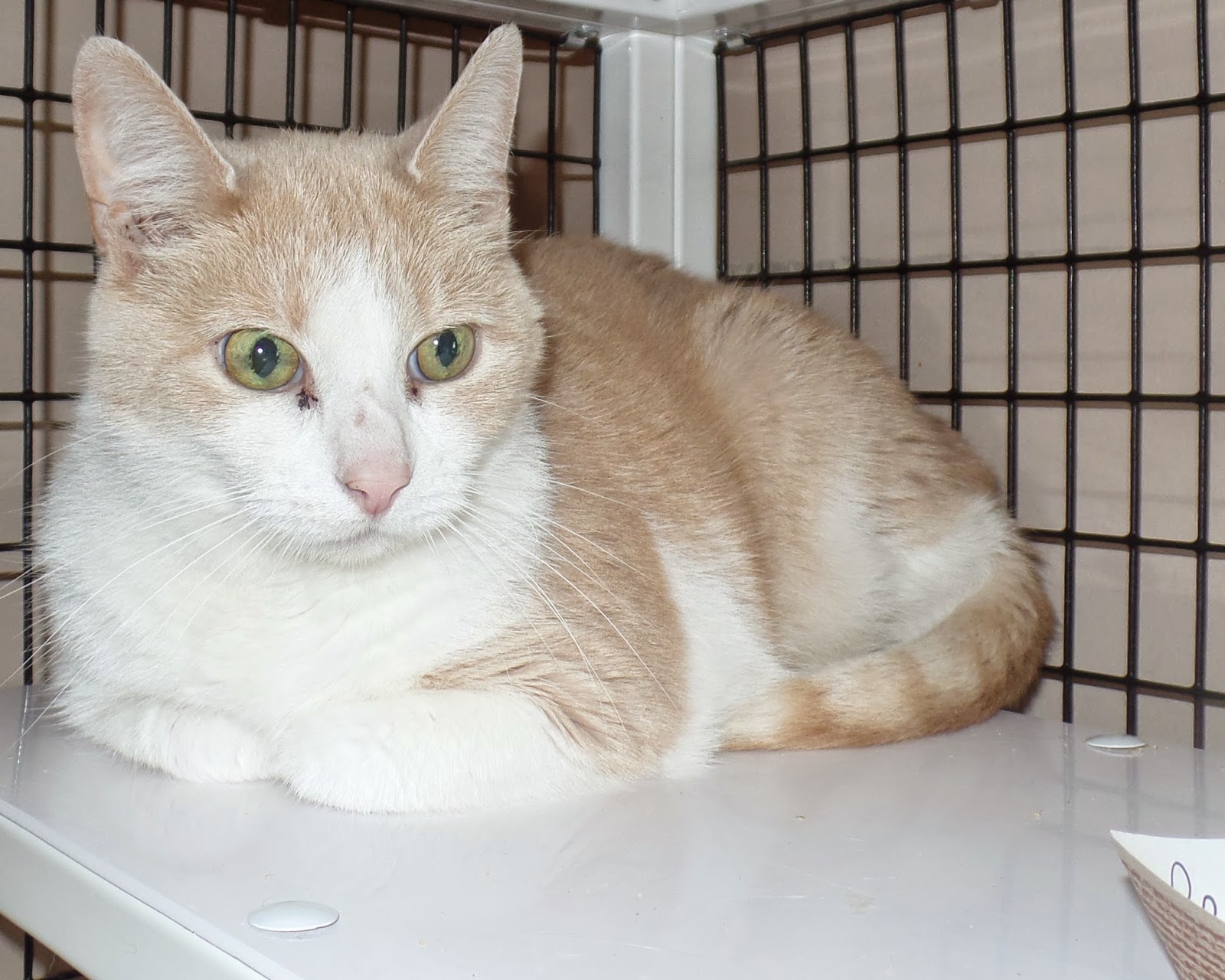 Peanut has been coming back to us for a few years now, and we are always happy to have him! 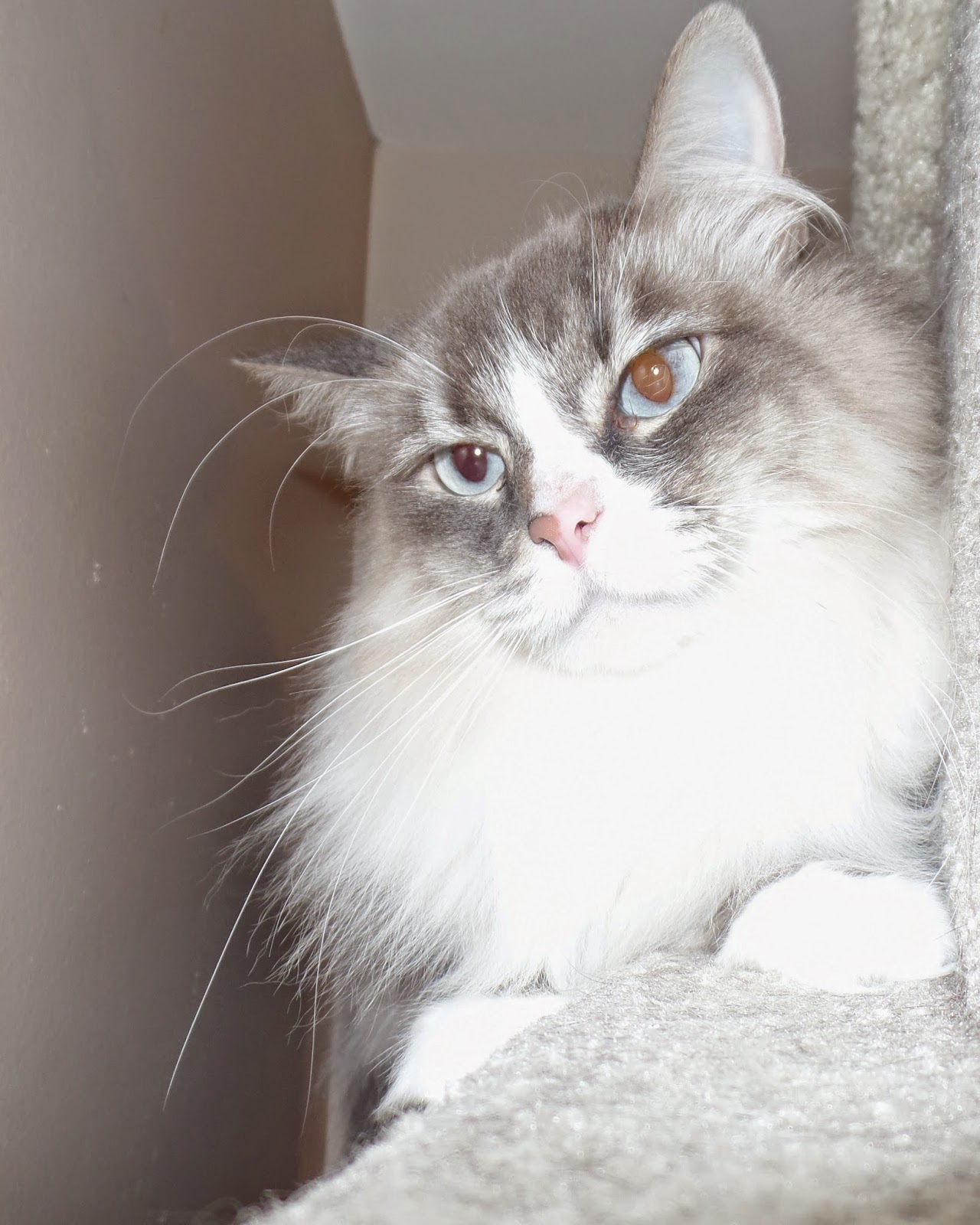 Frost and Marshmellow are one of the sweetest pairs!
They are still quite shy, but they are full of affection 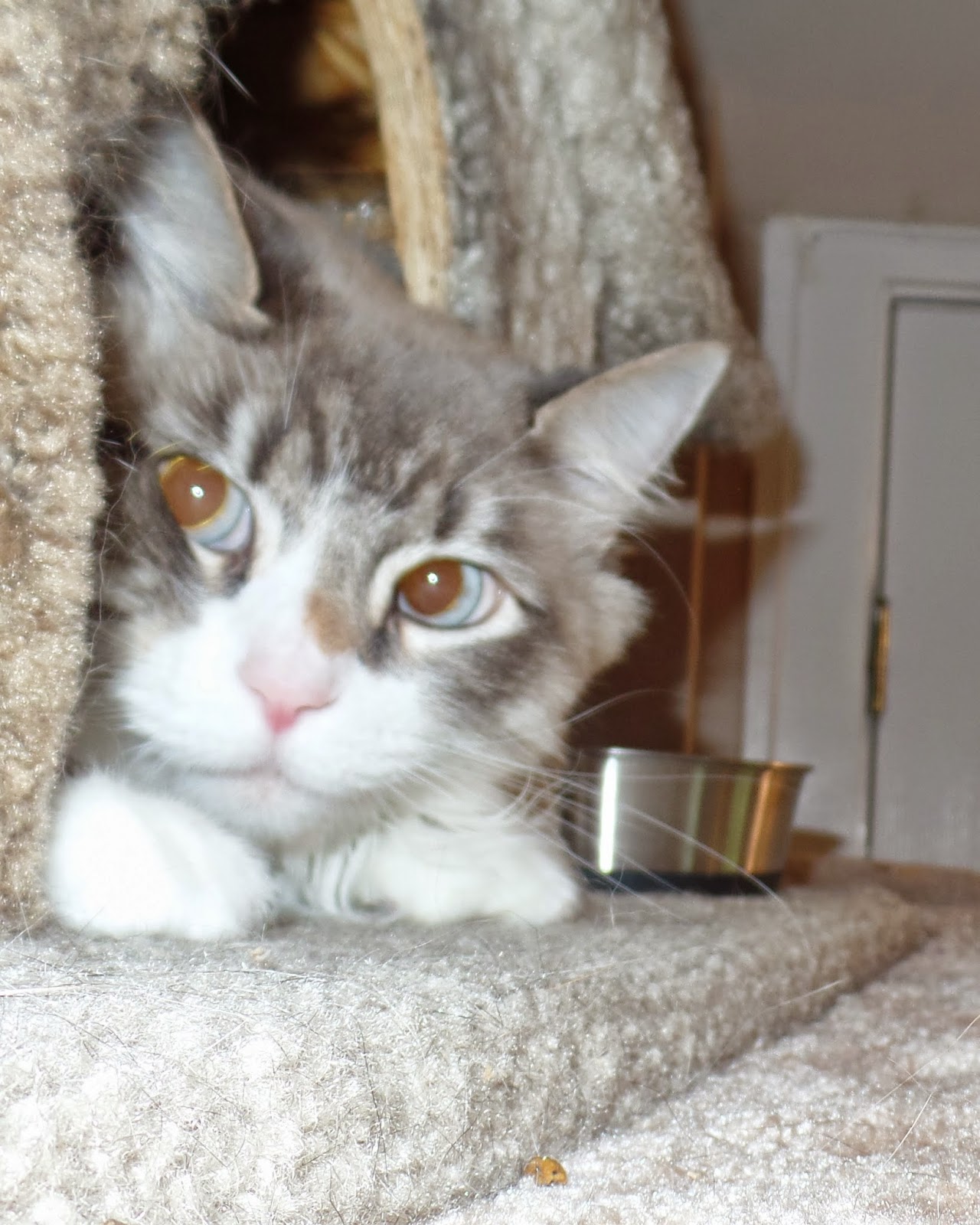 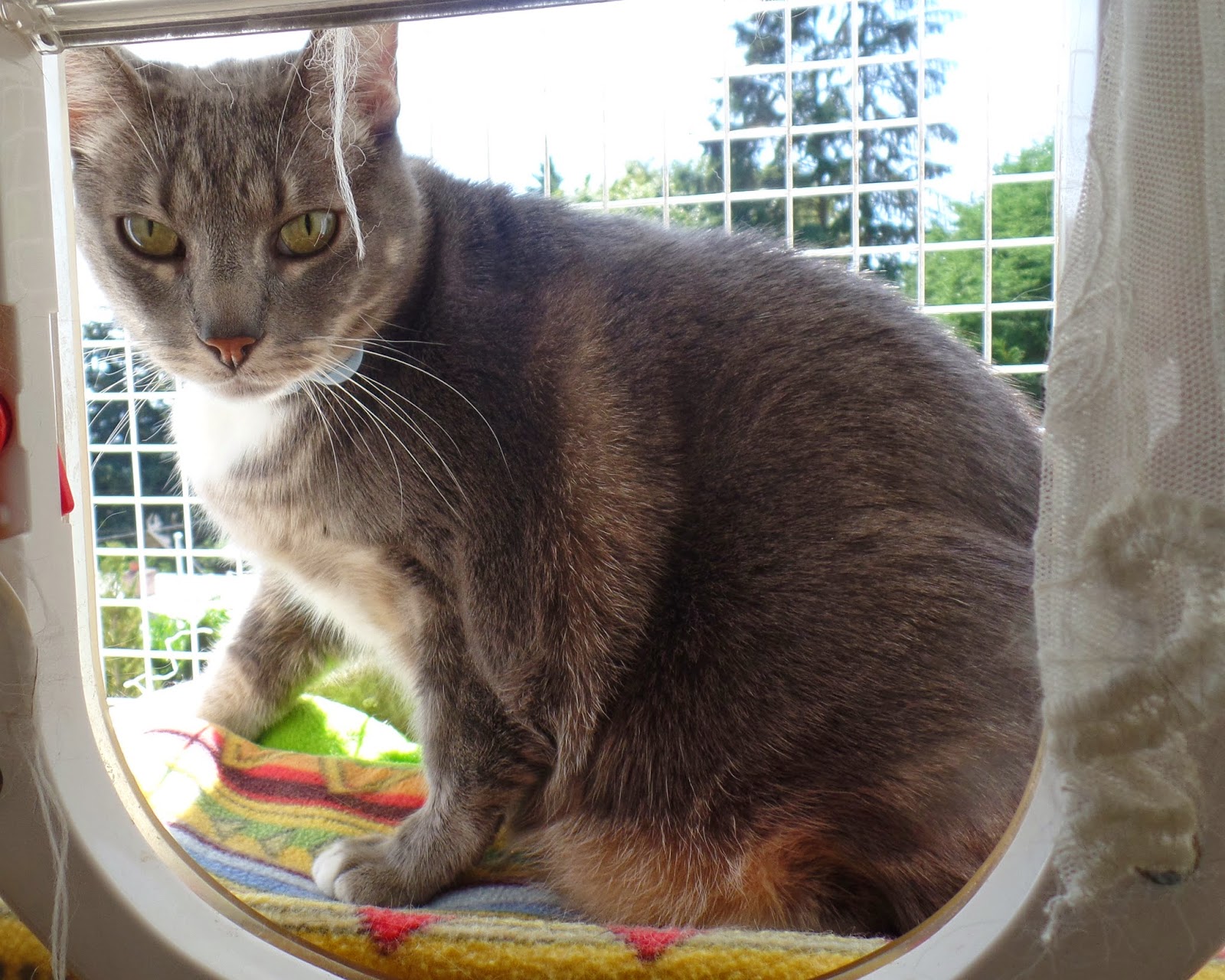 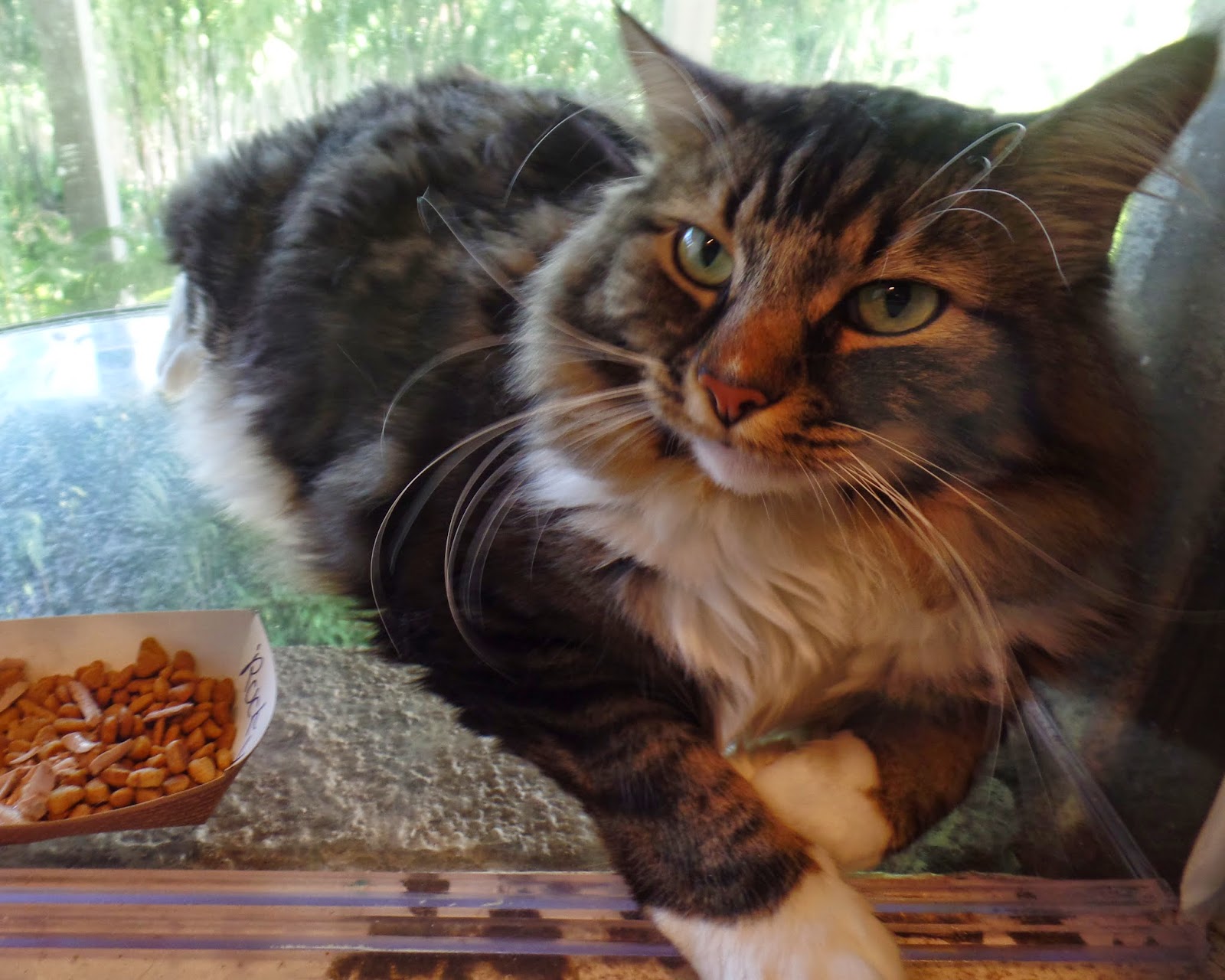 So does Rocky! but all three love to hang out there

Indie has settled in now and has turned out to be one the most social cats we have, he foloowed me around and rubbed against me ALL day 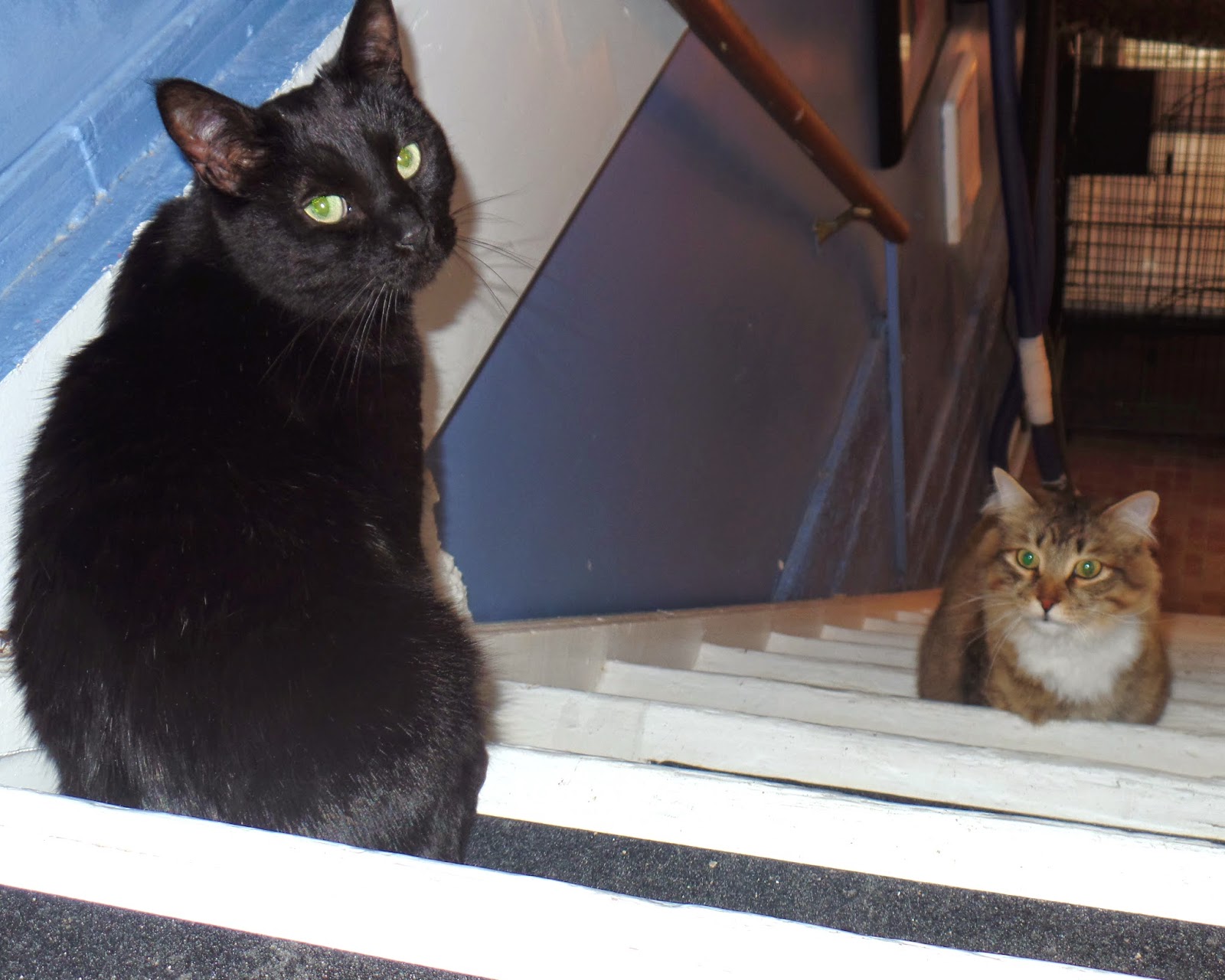 I couldn't tell you why, but the stairwell is a favorite haunt for a lot of cats, today, it was all Mikes! 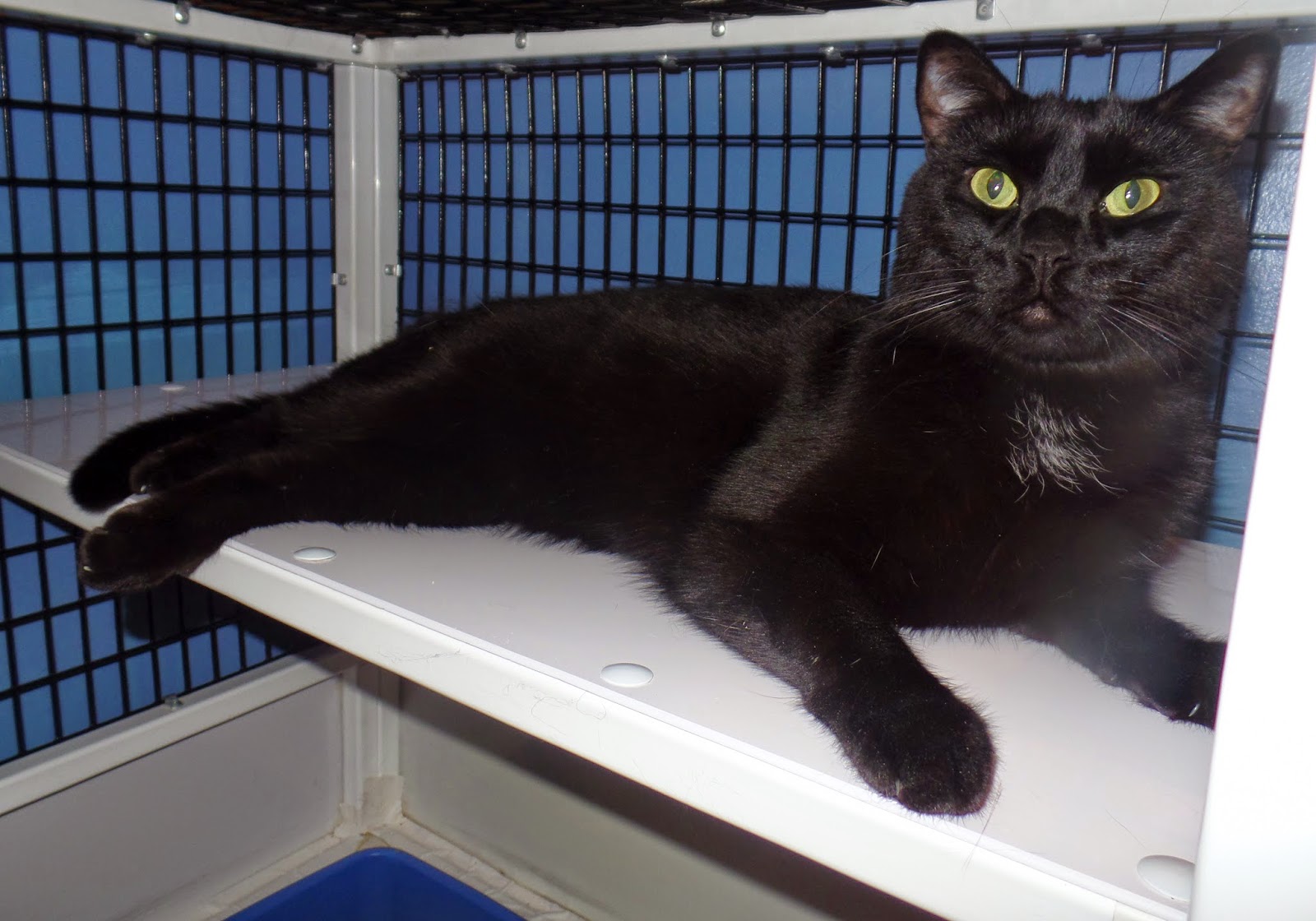 Maybe because Jack Black decided to take over his condo...

And all the while Kashi was rolling around right on top! 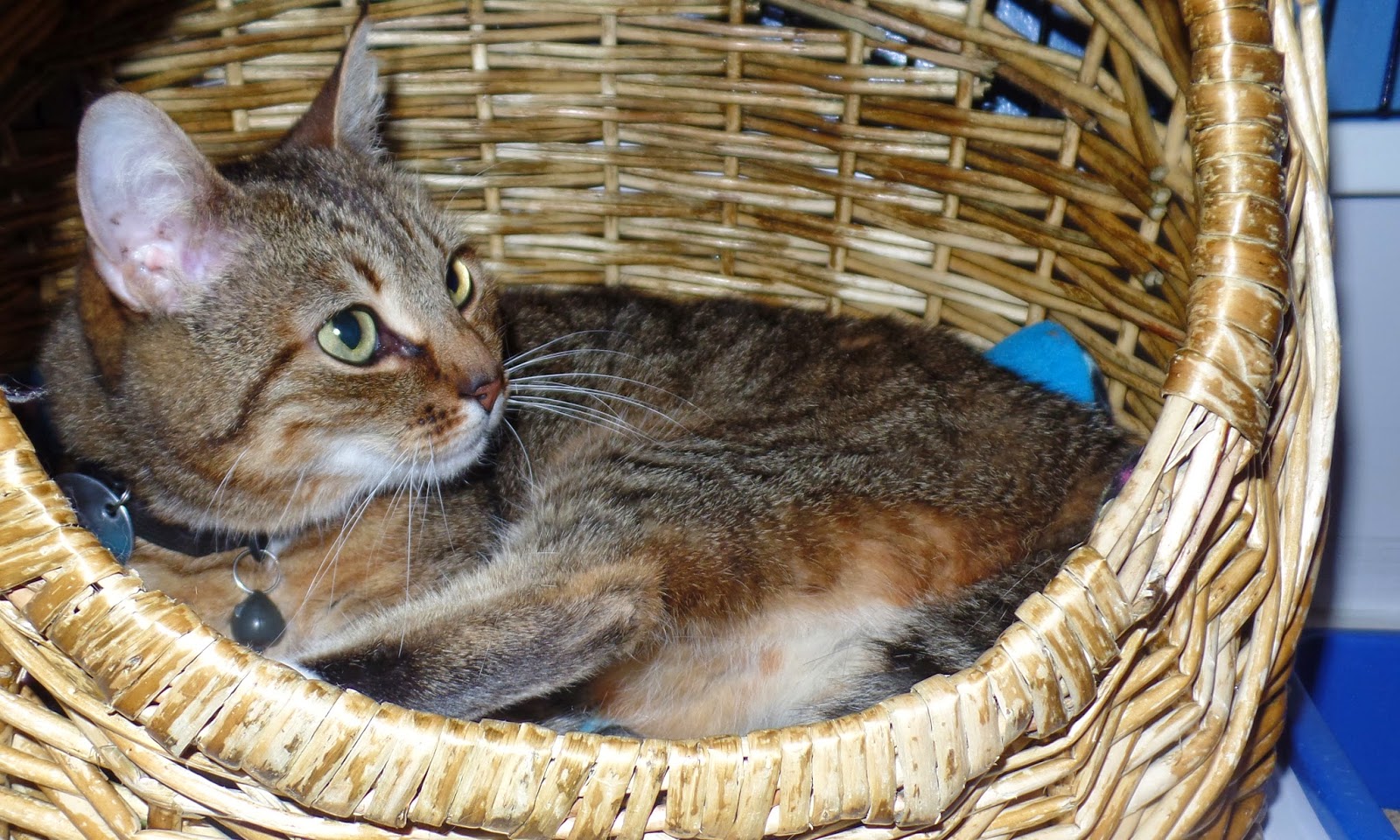 Summer of course was completely relaxed, totally friendly and super cute!
But that's just how she is 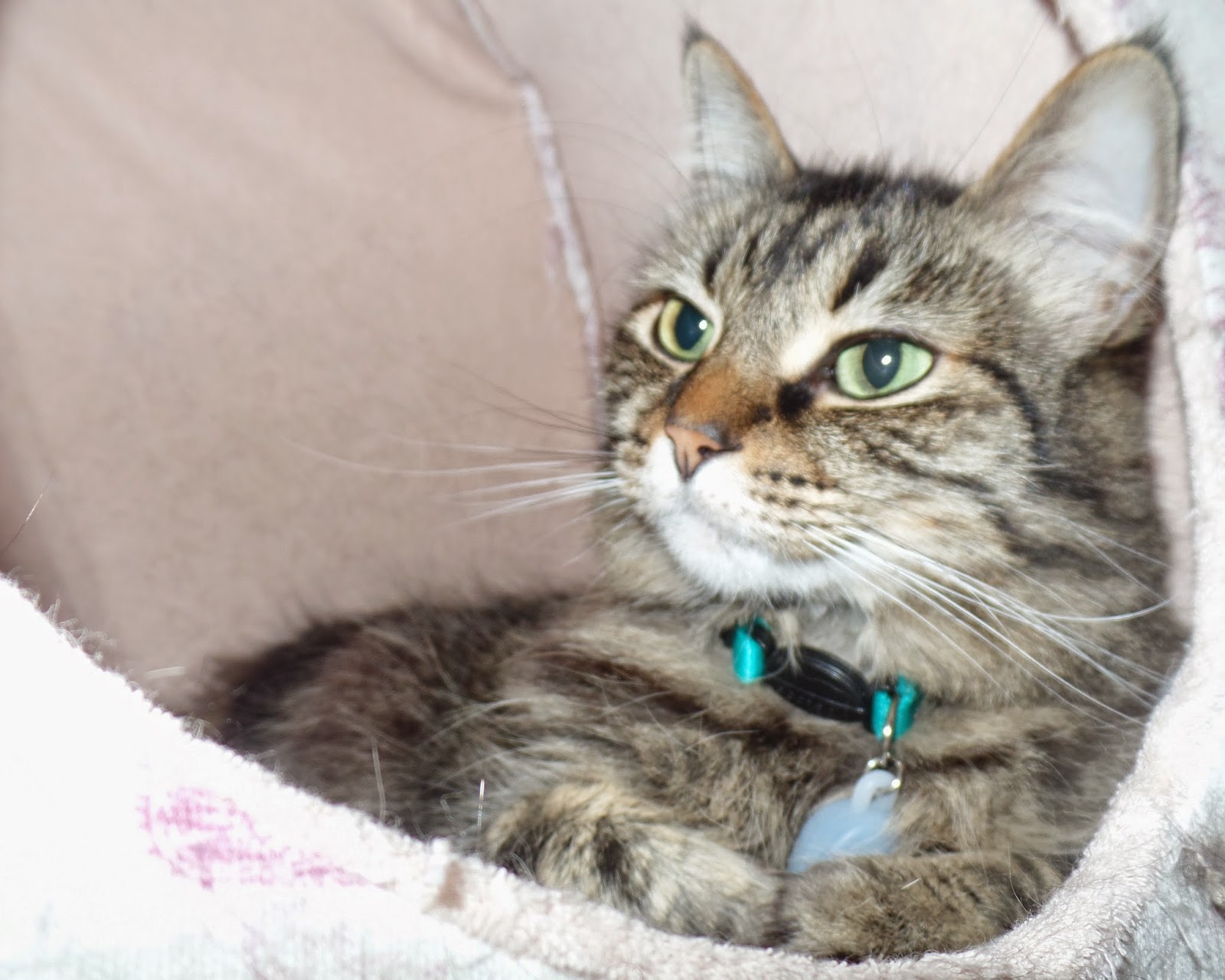 Mittens, cute and fluffy, with an extra dose of silly 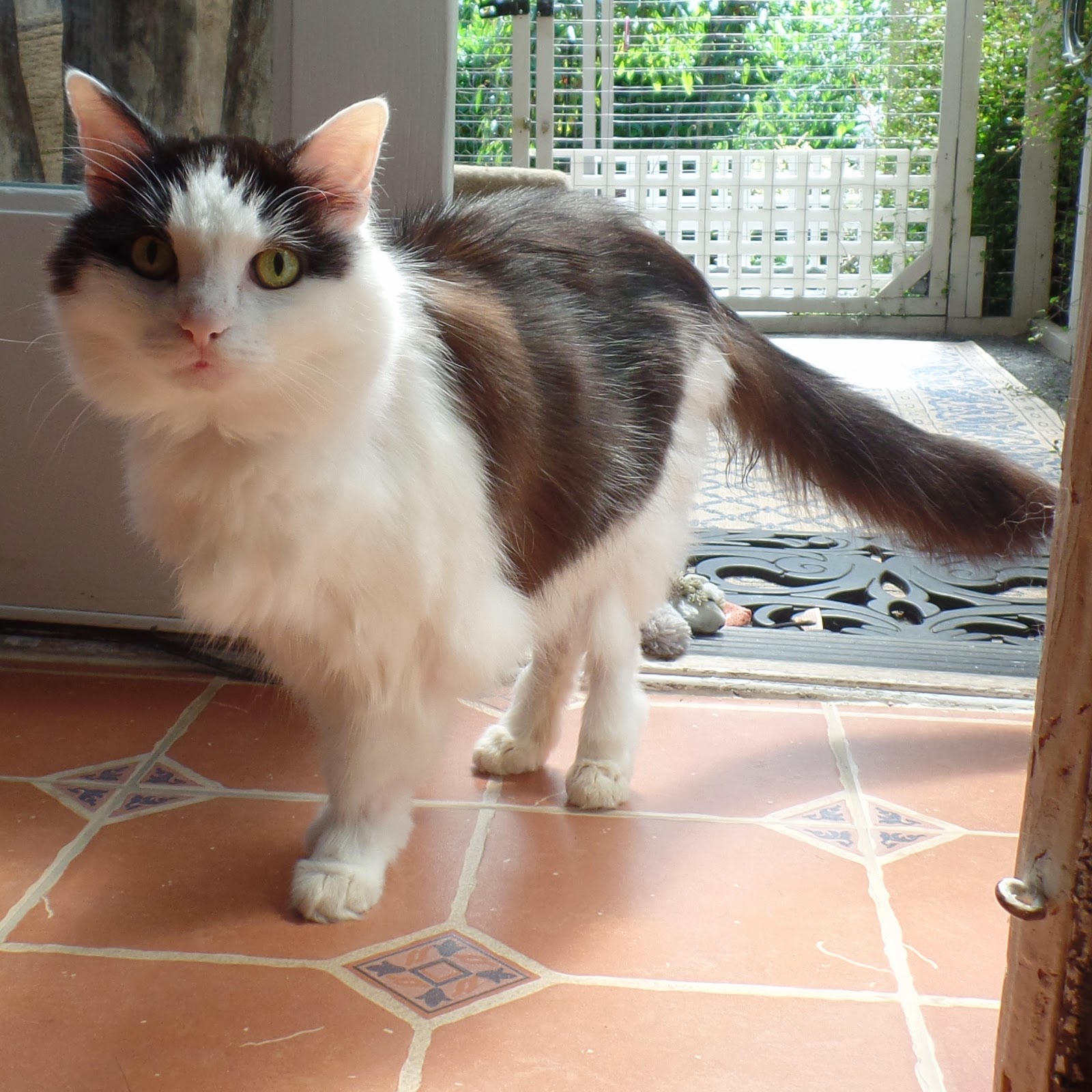 Minime's special diet means she has to be in her condo just a little longer in the mornings, but once we let her out she just wants to explore and check everything out! 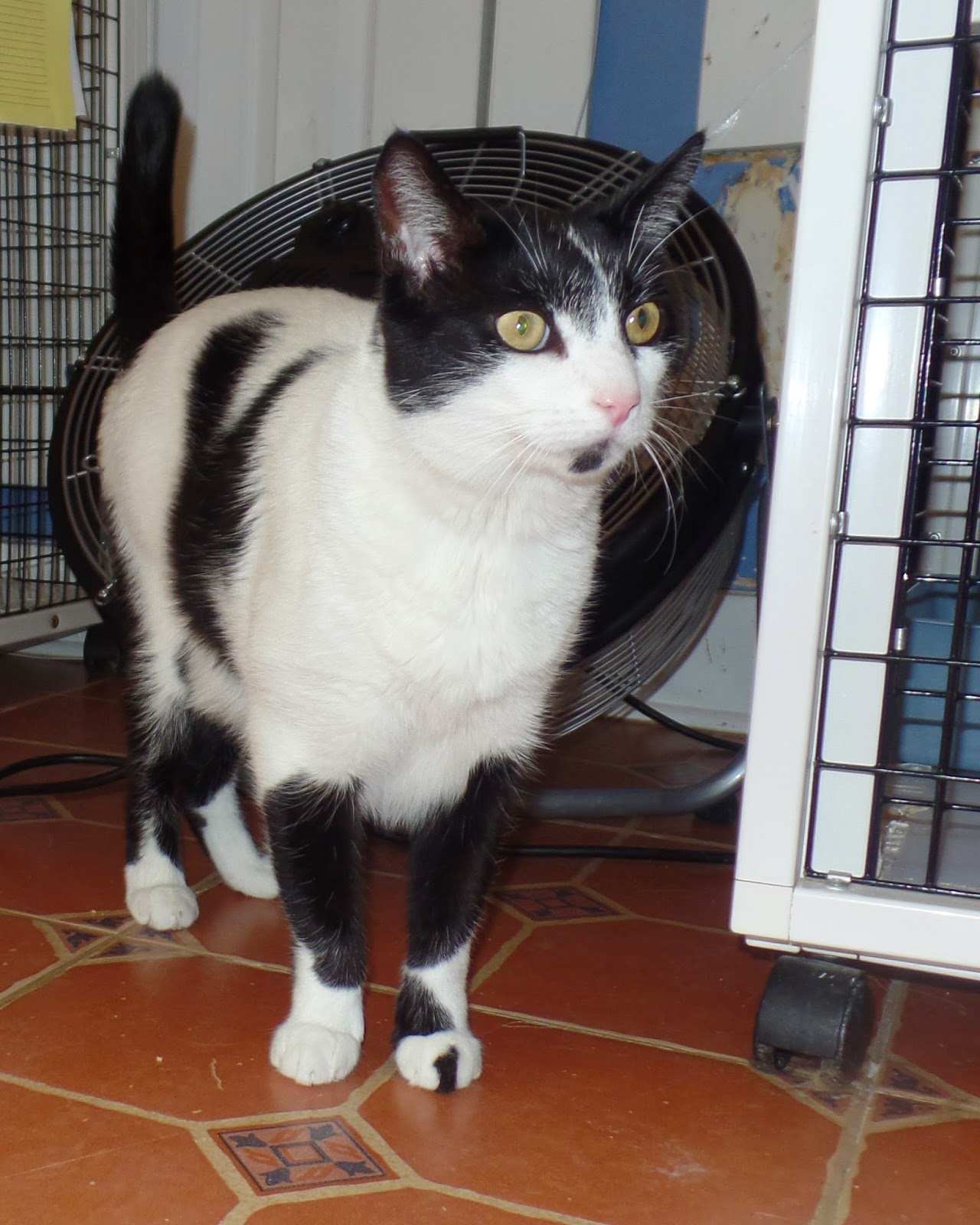 Indie started hanging out by the fan the second we turned it on! Smart cat! 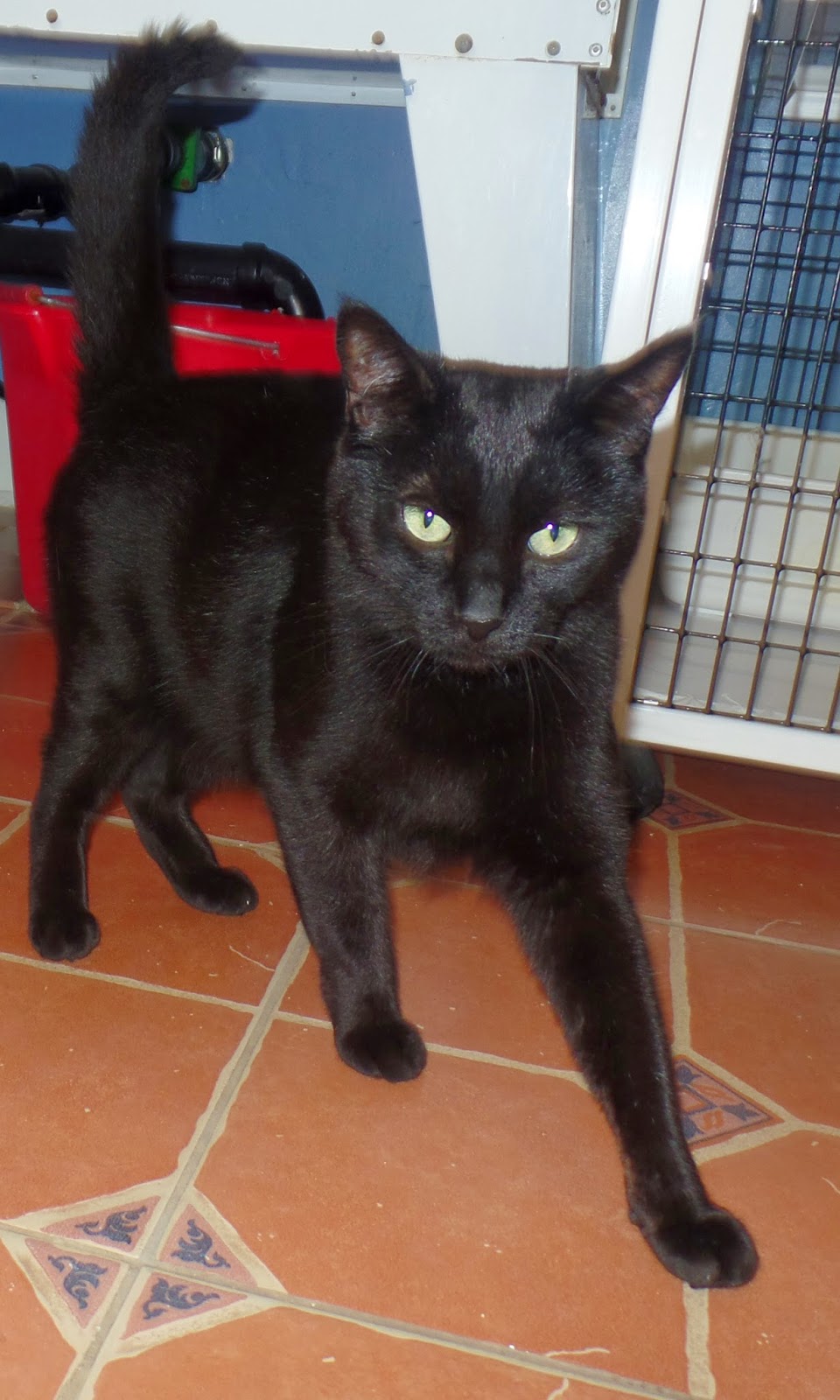 Mike just decided to show us all his dance moves 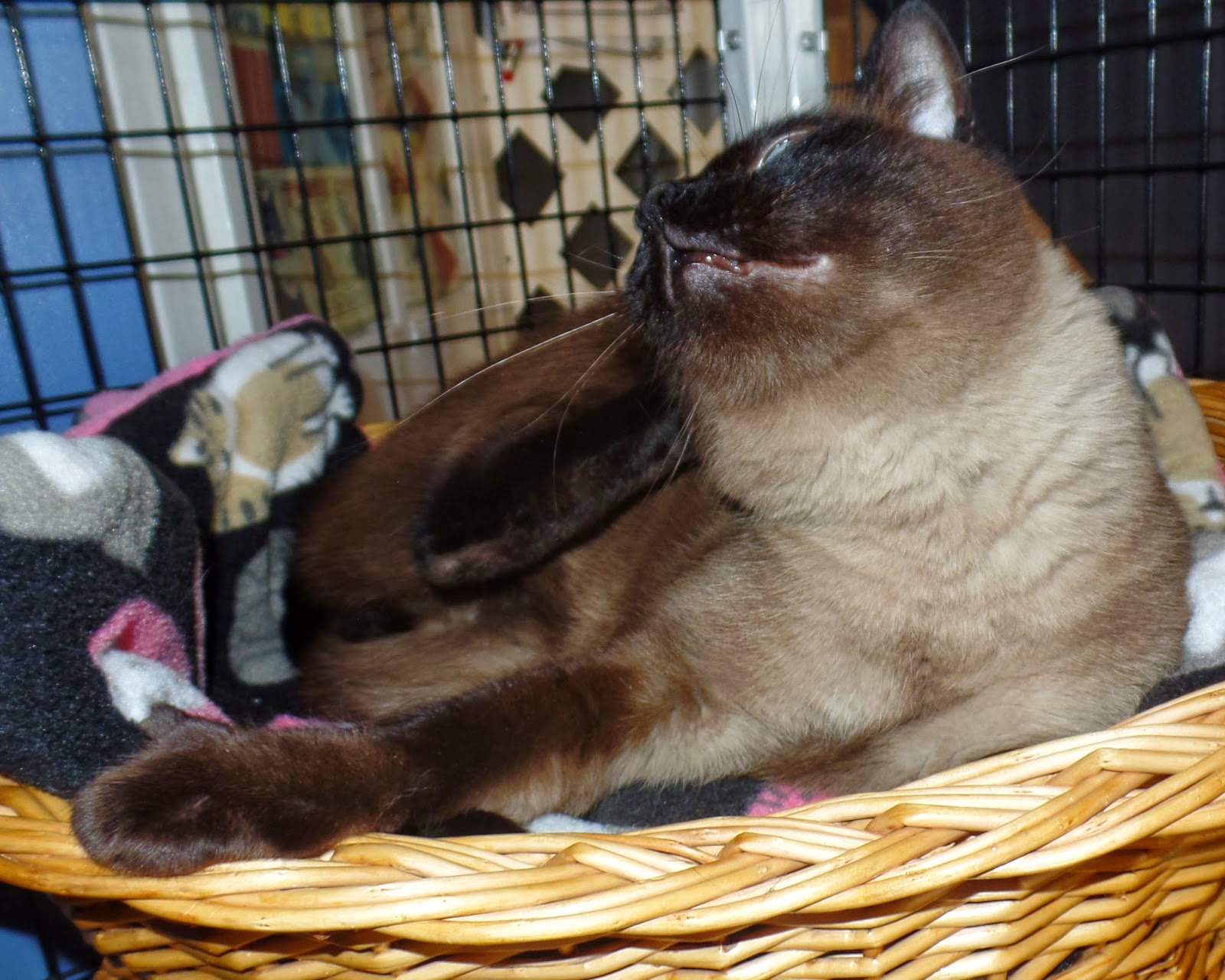 Bombay gave everyone lessons on proper grooming, always gotta remember to get between the toes! 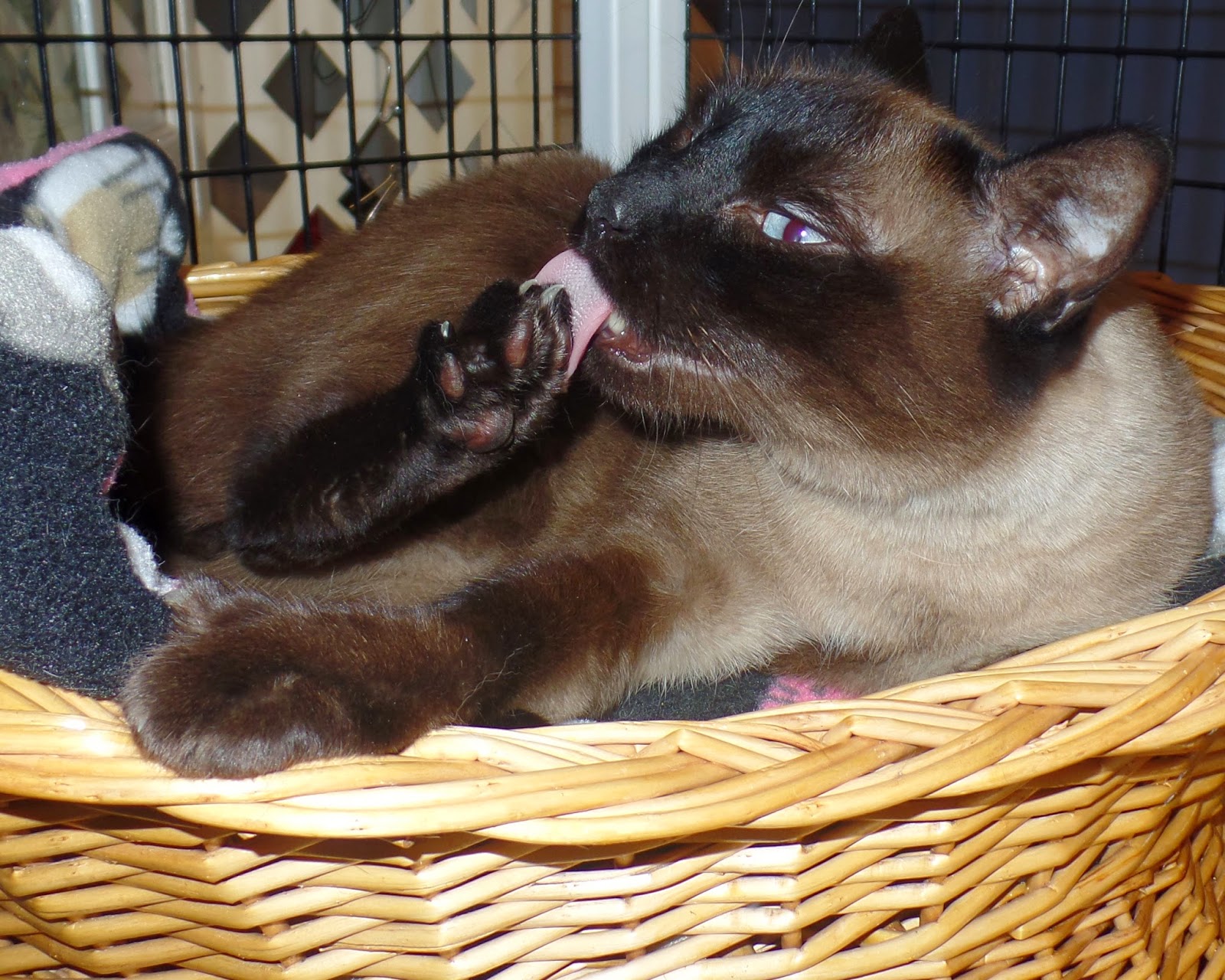 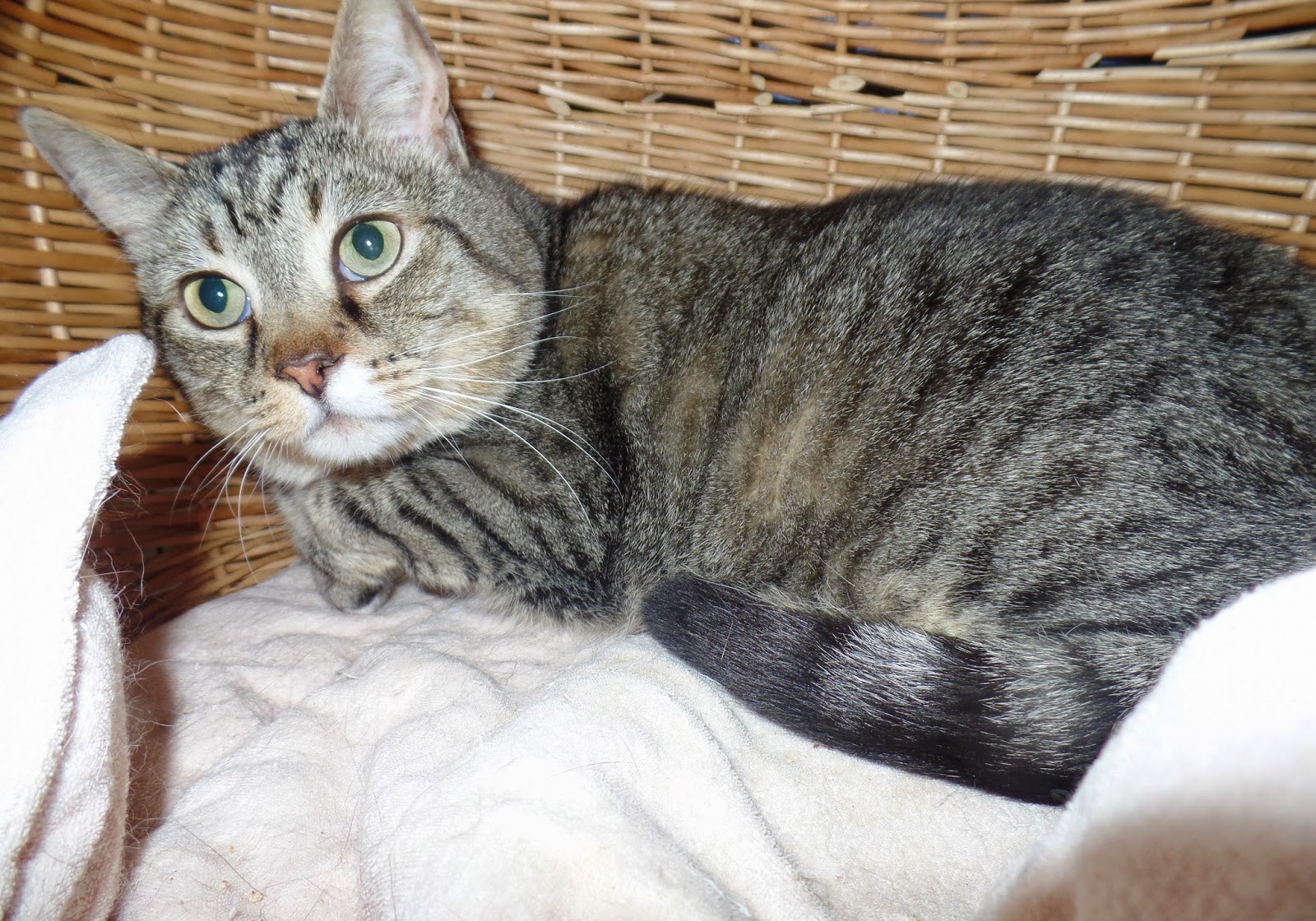 Leopold is a very shy little guy, but once I started petting him he absolutely melted into affection!
He meowed after me when I stopped petting him... 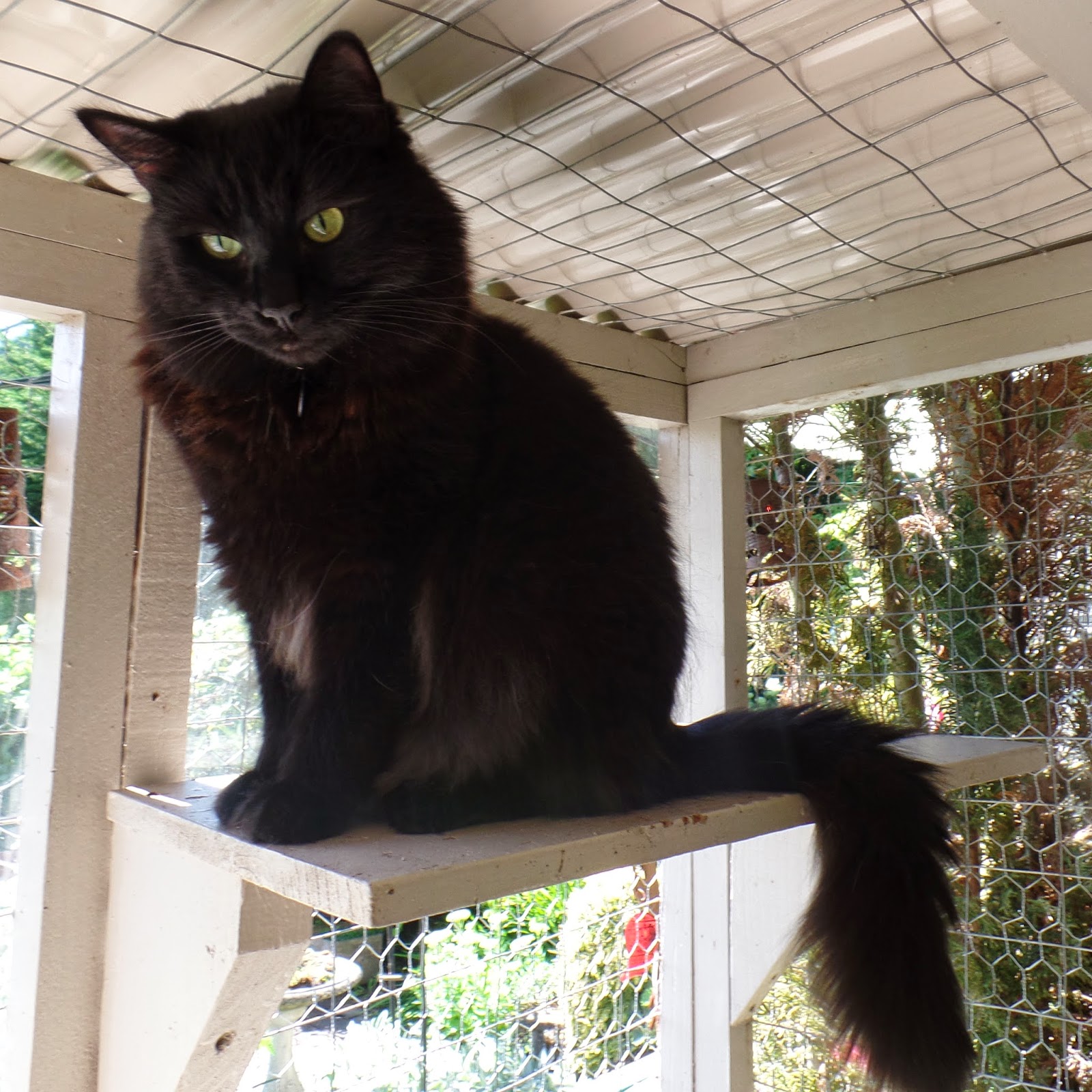 Puss'n'Boots has become so accustomed to the camera by now, he always knows how to strike a pose 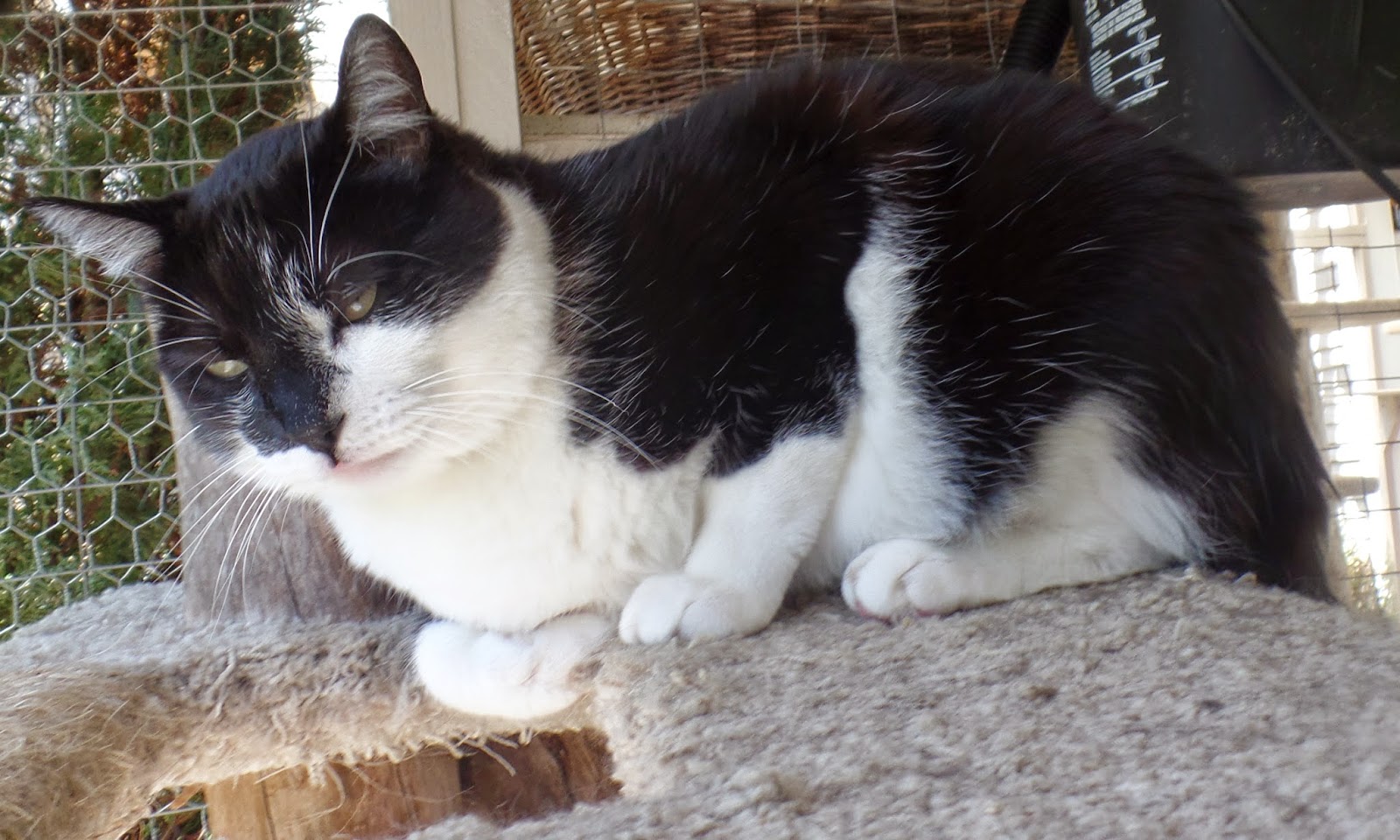 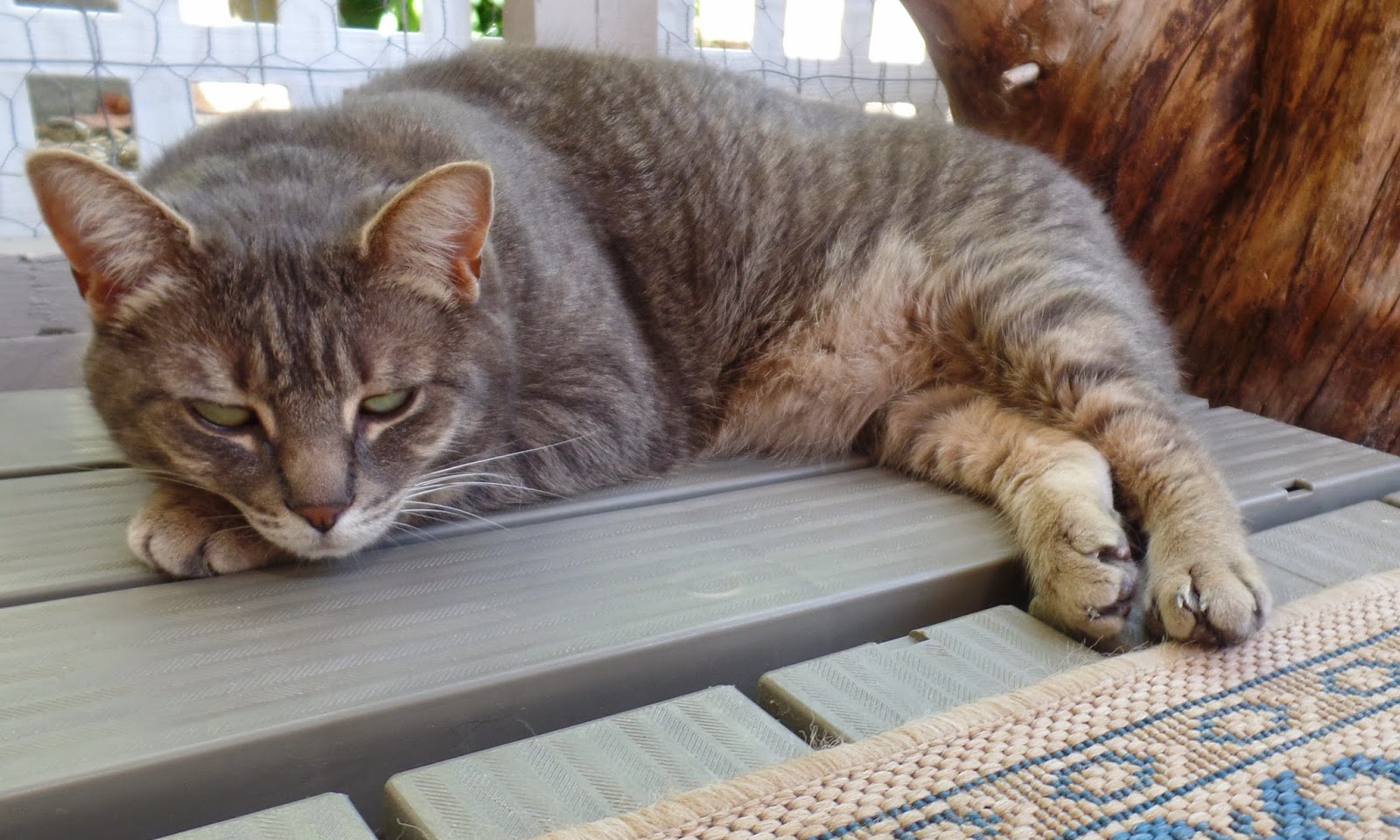 Even Tana was passed out 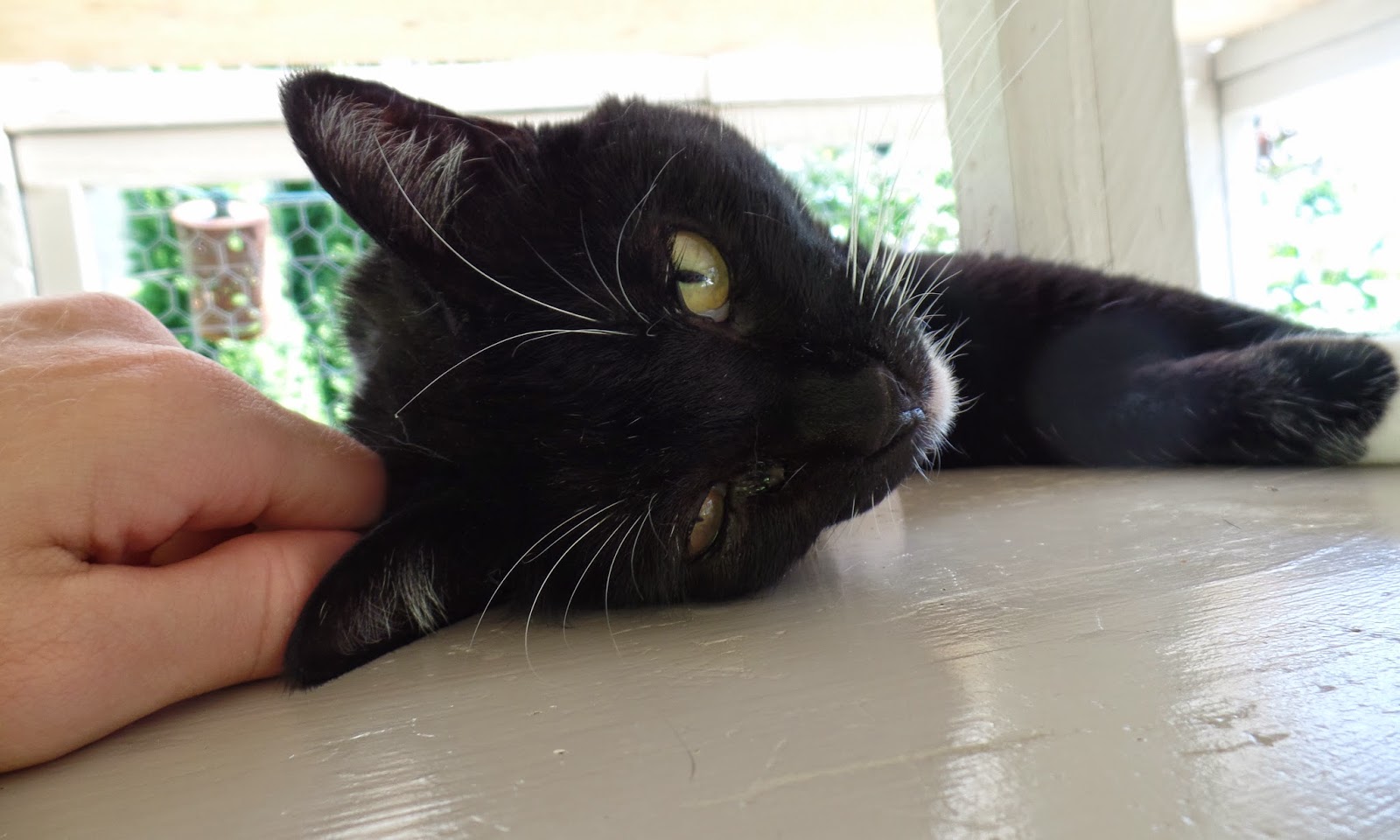 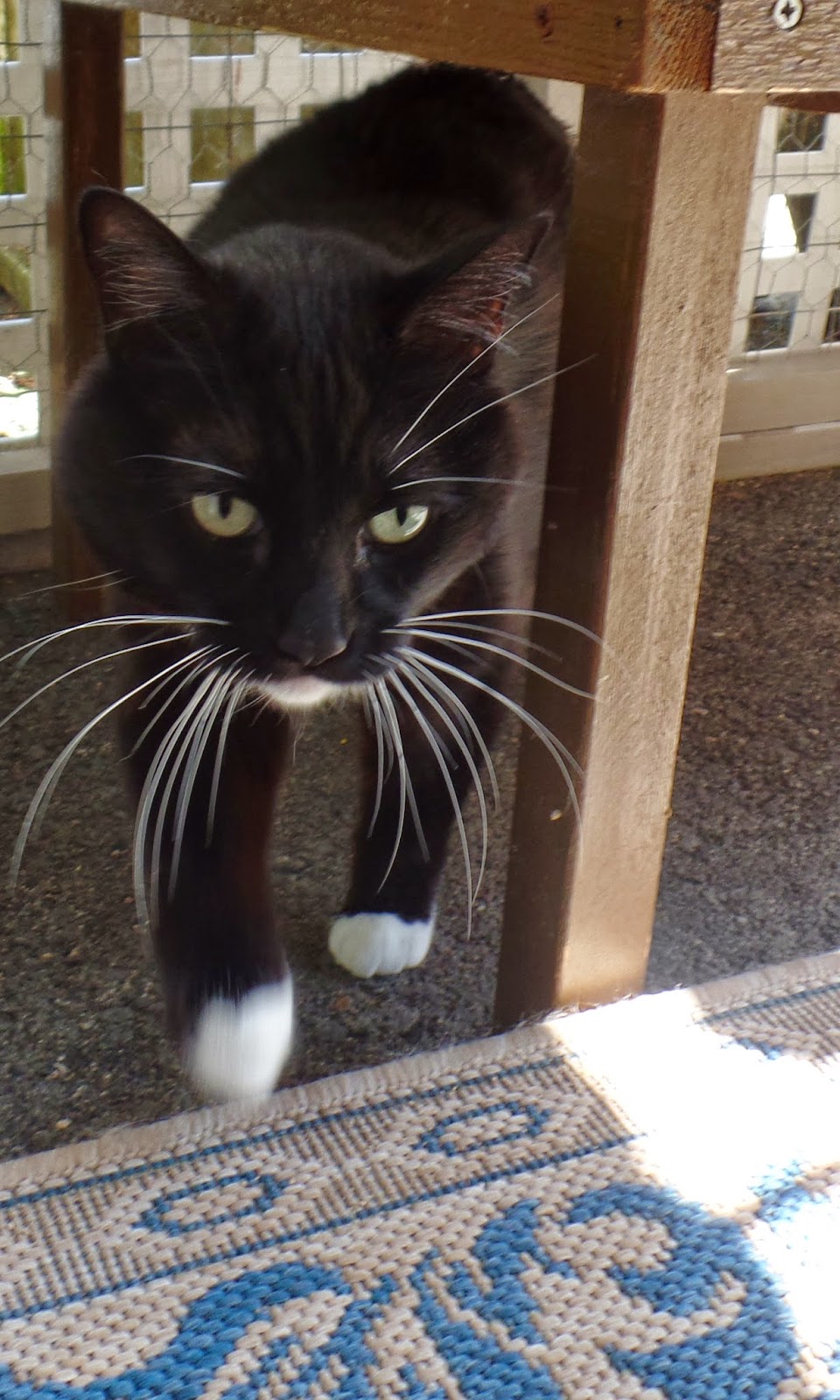 Little Bit got right up and came over to me though!
What a sweet girl! 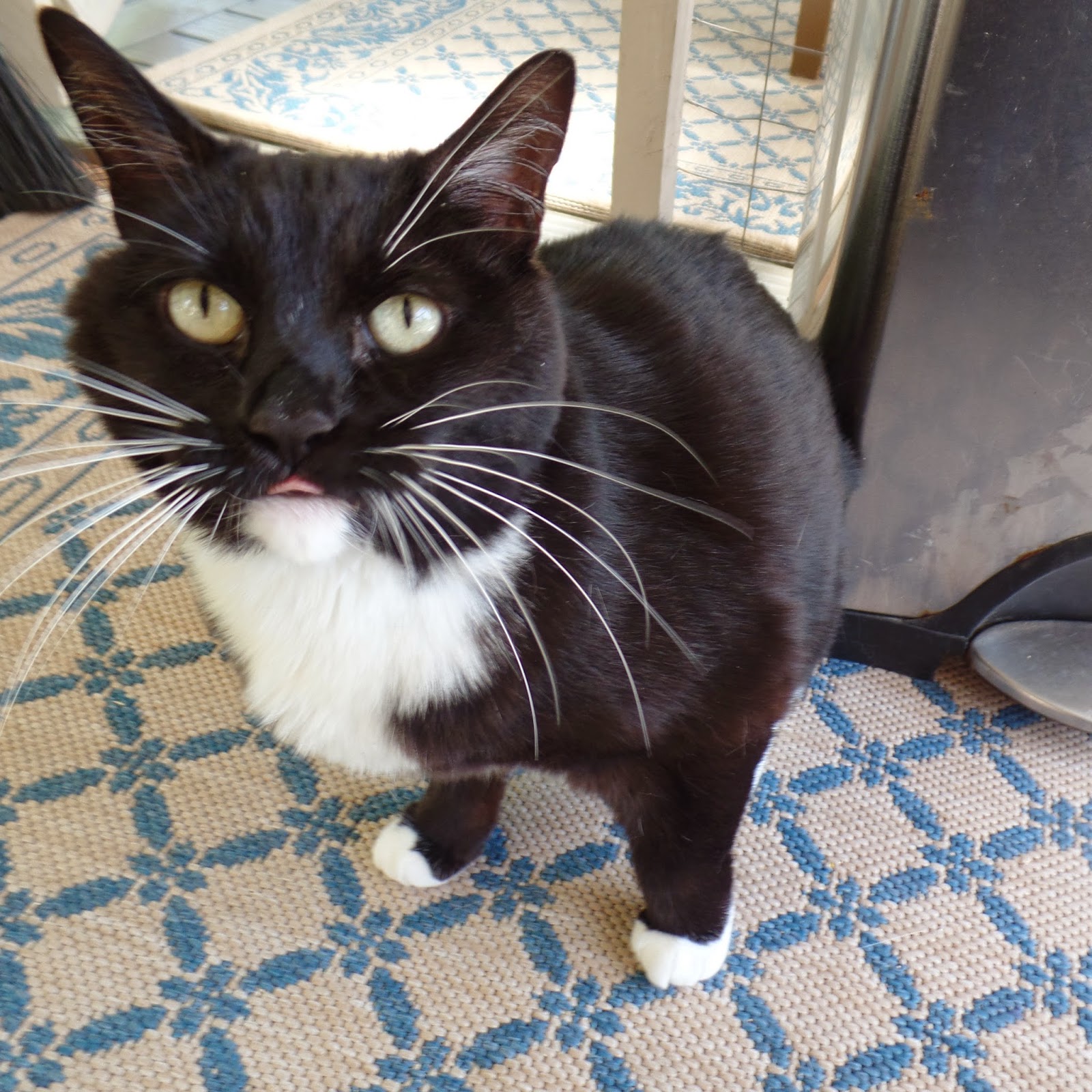 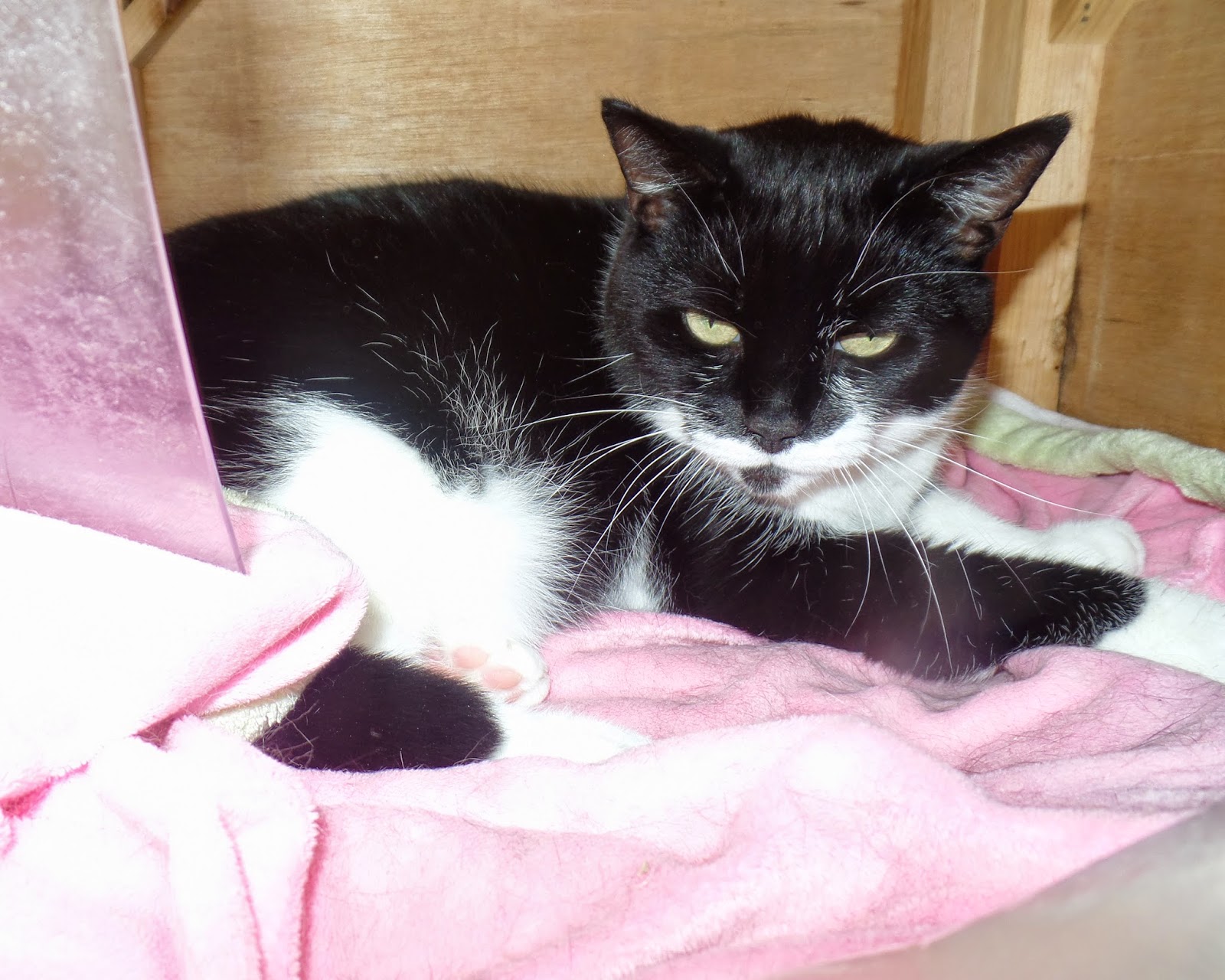 I think Badger's pose sums up what all the cats outside are thinking:
"Quit it with the Camera and let me go back to sleep!" 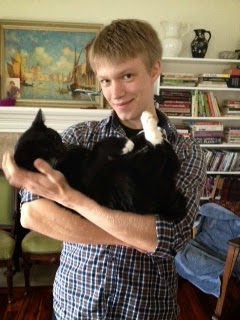 Blog Today by Miles, hoping you are all as relaxed on vacation as your cats are here!